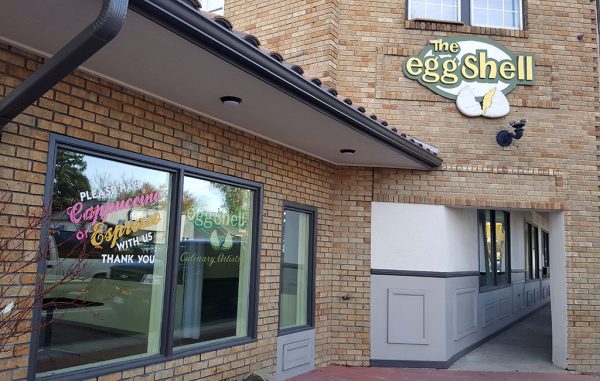 Bring on the bacon.

The Eggshell closed on Aug. 7 after 30 years.

Flying Pig owners Jamie and Linda Shotton signed a seven-year lease on the space. Jamie said the indoor portion of the restaurant is 2,700 square feet, and they hope to open the restaurant by April.

Jamie said the pair has been looking into cities in the Denver metro area to expand their restaurant network. The growth in Arvada’s Olde Town restaurant scene was part of the draw. The neighborhood recently added Denver Beer Co. and Homegrown Tap & Grow taprooms to its list of dining options.

“We’ve been looking at a spot in the suburbs of Denver that’s a little trendier and cooler,” Jamie said. “The neighborhood has been growing.”

The pair started in the food business with their catering company A Perfect Bite, located at 146 Van Gordon St. in Lakewood. They opened their first restaurant, Westrail Tap and Grill, in Lakewood in 2014. The Shottons also own Flying Pig Burger Co., which opened in Littleton in April.

Jamie said all of their ventures are profitable and that being a family-operated business has allowed them to grow.

“We’re fine-tuning it as we go and getting better at all the aspects. We’re able to make changes on the fly and adapt,” he said.

The menu at the Arvada location will have a similar menu to the Shottons’ Littleton burger concept. But Jamie said they plan on expanding with other bacon options, like ramen.

Flying Pig’s space in Arvada has patios in the front and in the back, where Jamie said they plan to add an outdoor bar.

While they are not planning on many changes to the exterior, he said, the interior needs some updates. The pair plans to put $400,000 toward construction. Arley Reinhart Associates will be the architect for Flying Pig.

Two Lakewood restaurateurs are opening a pork-themed eatery in space recently vacated by The Eggshell.