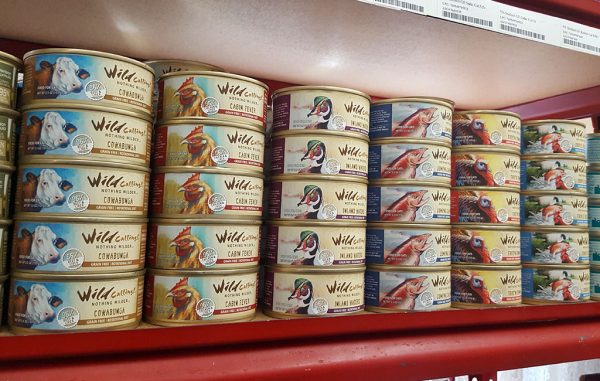 A natural pet food manufacturer based in northern Colorado has filed for bankruptcy.

The company was founded in 2012 by the Petersen family as Natural Pet Marketplace, with Timothy Petersen as CEO. It focuses on pet foods using natural ingredients and is located at 11407 W. 24th St. in Greeley.

Petersen declined to comment when reached by phone. Wild Calling is represented in proceedings by Joli A. Lofstedt of Connolly & Lofstedt in Louisville.

Before starting Wild Calling, Petersen worked in pet food distribution. He founded Petersen Pet Provisions in 1996, which distributed supplies in Colorado, Nebraska, Utah, Wyoming and New Mexico. He sold the company in 2008.

Petersen told BizWest in January that the firm raised $3.4 million in a funding round that started in 2015. Wild Calling was aiming to raise $4 million. An SEC filing from Jan. 25 shows the company raised $1.9 million.

The Greeley Tribune reported in August that Petersen sold his 40,000-square-foot warehouse in HighPointe Business Park to a Denver investment group for $4.9 million. He is leasing the space from the company for seven years.

Wild Calling sells canned and dry food for dogs and cats made with elk, fish, poultry and beef. The brand also offers products with exotic animal meat such as kangaroo. According to the company website, the pet food is available in five Denver-area stores and not at large pet or grocery chains.

Wild Calling’s largest creditor is Advantage Bank, which is owed $650,000.

A natural pet food manufacturer based in northern Colorado has filed for Chapter 11 bankruptcy protection with more than $4.5 million in unsecured claims.