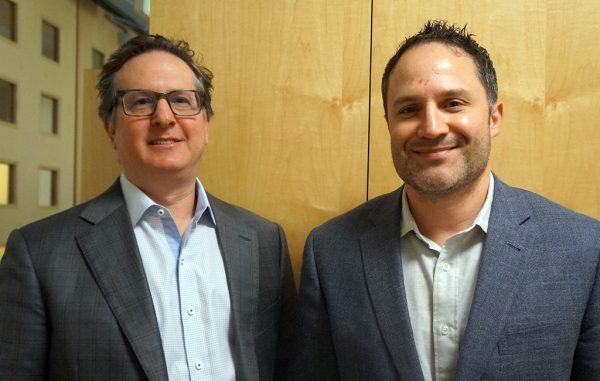 Two Cherry Creek attorneys who left large firms to work on their own have joined forces, and Denver traffic played matchmaker.

Pat Linden and Steve Segal began operating as Linden Segal last month, after sharing some resources for about a year.

The firm specializes in capital raises for early-stage and growth companies involving both venture capital and private equity, as well as mergers and acquisitions. The pair’s work this year includes representing private equity firm LK Capital in its acquisitions of Lafayette-based software company TouchSource and Arvada-based speaker manufacturer YG Acoustics.

Segal, 55, left Greenberg Traurig in 2009 to start Segal Law Group. He said he took most of his clients with him and reduced their fees by a third, at a time when companies were desperate to cut costs.

Linden, 42, took the same path several years later, leaving Faegre Baker Daniels in 2015 to start Linden Law. At the time, he said, he reached out to other attorneys about starting a firm together, but nothing came to fruition.

Not long after, Segal contacted him.

The two had known each other more than a decade, but fallen out of touch. Segal was subleasing office space in LoDo, but wanted to reduce a commute that had grown from 20 to 30 minutes amidst the city’s population boom.

Segal knew Linden had an office at 55 Madison St. in Cherry Creek, much closer to Segal’s home.

After a year of sharing the space, “we started talking about combining,” Segal said. Over the last year, the pair tested the waters, hiring two shared attorneys, Nicki Cerasoli and Patricia Myers.

“We had enough seasoning to know maybe we should walk before we can run,” Linden said, noting both have dealt with client-business partnerships with varying degrees of success.

Linden Segal expects to grow. The firm is negotiating a lease for a new office blocks away from its current one. It will have space for about 10 attorneys.

Linden said the pair’s specialties are rare for a small firm. One challenge, he said, is convincing Fortune 500 companies used to working with a firm with hundreds of attorneys to give their work to one with a handful.

Both said their years with large law firms allowed them to develop expertise, but their current model allows them to be more client-focused.