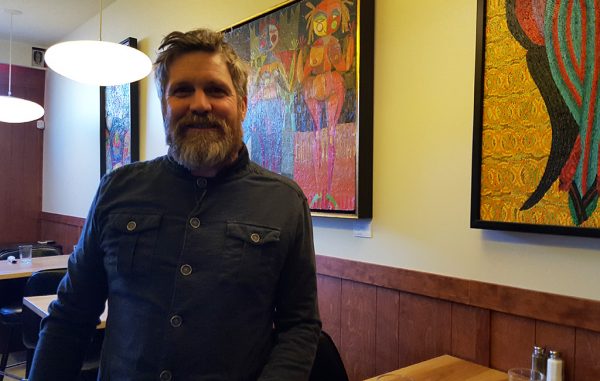 A Denver restaurateur has taken over the helm of Campus Lounge, reopening the Bonnie Brae bar on Oct. 21.

At 5 p.m., Dan Landes switched on the iconic neon sign at 701 S. University Blvd. Landes purchased the bar last year after the previous owner announced his retirement. As a stream of people filed in for opening day, staff were applying the finishing touches, hanging up pieces of artwork.

Landes also launched restaurants WaterCourse Foods and City O’ City. He has since sold WaterCourse to an employee. The restaurateur said he wanted to purchase the Campus Lounge to preserve the bar as a local institution.

“I want to keep things that are unique in Denver, in Denver,” he said.