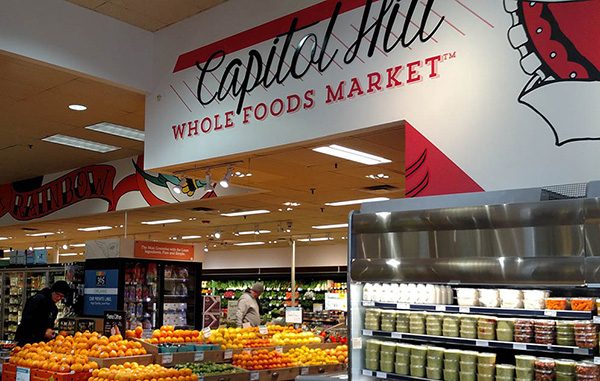 The Whole Foods Market in Capitol Hill has a closing date, but the long-term future of the property is still unclear.

That’s just days before Whole Foods debuts a larger location 2.5 miles away at 1701 Wewatta St. That store will open on Nov. 15 at 9 a.m.

The 20,500-square-foot building where Whole Foods operates in Capitol Hill is owned by Midtown 900 Associates, which is controlled by Antonoff & Co. Brokerage founder Gary Antonoff.

Doug Antonoff, Gary’s son, confirmed that Whole Foods is in the middle of a long-term lease for the site. Neither he nor the company would disclose its length.

Multiple employees at the Capitol Hill store told BusinessDen in February that management indicated the location could become a Whole Foods 365, which typically offers lower prices.

The closure will end 10 years of the grocer’s operations in the neighborhood. The store was one of several Denver-area locations it added after buying Boulder-based Wild Oats in 2007.

Employees at the Capitol Hill store are being transferred to the new one, which is near Union Station.

The new store’s offerings will include the first mac-and-cheese bar inside a Whole Foods and a “hundred-pound tower of cheese,” with selections cut to order, according to a news release.

Plans for two “Friends of Whole Foods Market” venues also were announced. Birdcall, which specializes in chicken sandwiches, will open its second location at the store. It will have beer and wine on tap, marking the first time a Colorado Whole Foods has sold beer or wine in store.

Whole Foods was acquired by Seattle-based Amazon in August. The store will also have 75 lockers where customers can pick up packages and groceries ordered through the site.

The natural grocer's neighborhood outpost has a closing date, but the long-term future of the property is still unclear.