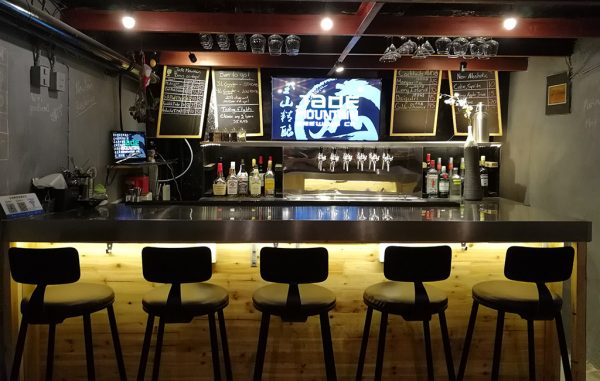 The Aurora native will open Jade Mountain Brewing Co. next spring, but instead of taking the traditional route and buying a brewing system, Guerrero is building it himself.

In a backroom of his 1,700-square-foot location at 1925 S. Rosemary St., Guerrero is building a pipe network to connect three 53-gallon tanks that will make up his brewing system.

A plumber by trade, he said his background in construction is helping him decide which materials are easier to clean and how to properly hook up pipes.

One-barrel systems can cost upwards of $15,000, he said. The tanks and materials Guerrero purchased set him back $3,000 – a fifth of the cost. He estimated the system will make around 200 barrels a year.

Jade Mountain signed a three-year lease on the location in August for $1,700 a month. Guerrero has been working construction contracts with his dad’s plumbing company in order to bring in money for the buildout, which they will do themselves. Once they open, Guerrero’s father plans on opening a food truck that will be permanently stationed at the brewery.

He first opened Jade Mountain in a 200-square-foot space in Huzou, China, where he lived for two years with his wife and children. Teaching English by day, he built a small taproom in the downstairs area and made beer upstairs. He also built his own 10-gallon system in China – a smaller version of the system he’s building in South Denver. 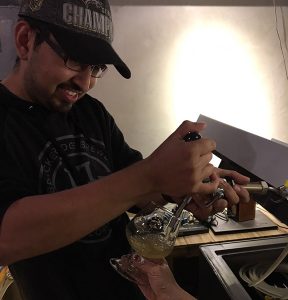 Unlike the Denver area, where breweries are spread into nearly every neighborhood, China doesn’t have the same thriving craft beer market. Guerrero said bottled beers sell for 25 to 50 cents there. Because of import costs for crucial ingredients like yeast, Jade Mountain sold beers for $6.

Guerrero still owns a portion of the Jade Mountain in China, but sold part of it to a new manager who now runs the taproom.

Since his wife and her family are from China, Guerrero frequently travels there, giving him the opportunity to bring back special beer ingredients. He frequently uses dried jasmine, bamboo, spicy peppers and sweet woods from overseas to bring unique flavors to the company’s beers.

“We really encountered a lot of cool stuff out there. We want to try and stand out a little bit in this crowded market,” he said.

He added that Chinese natives typically use the ingredients for herbal teas and remedies.

“Nobody ever thinks of putting them in beer.”

After launching in China, Sean Guerrero will open on Rosemary Street next spring. But instead of buying a brewing system, he's building it himself.