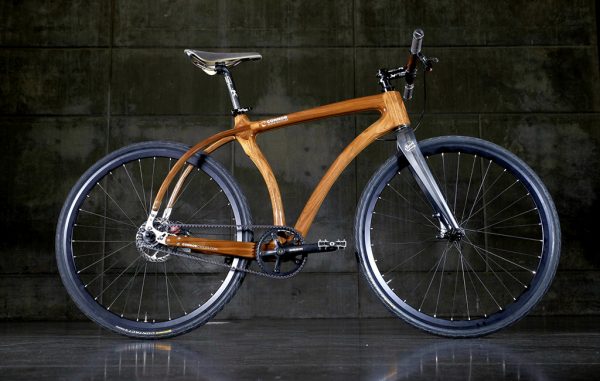 When Chris Connor rides his wood bikes along trails in the Front Range, some passersby compliment the beautiful craftsmanship. Others like to tell him he’s going to die.

To some extent, that’s what attracts him to making bikes out of ash and walnut in the first place.

“It’s something that shouldn’t work. It’s not a material that you think of when you think of bicycles,” he said. “The allure, to some degree, in the wood bikes is their impossibility.”

After five years of chipping away at Connor Wood Bicycles, the 48-year-old woodworker is venturing further into the niche wood bike market by releasing new models and selling bikes in more countries.

The company is launching a fat bike model this November, in time for snow cyclists to use its massive tires for winter riding. In early 2018 it’s releasing a 29-plus wood bike, with a medium tire size.

Connor said both models would sell for about $7,000, his most expensive bikes to date.

“With the fat bike, a lot of people have been asking for it,” Connor said. And similarly with the 29-plus model, “A number of people just told me that they were excited about that. It’s a prototype I’m designing on my nickel.” 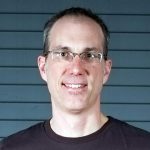 Compared to two years ago when it only sold in the United Kingdom, Connor Wood Bicycles has seen interest increase from overseas cyclists, selling in seven countries now, including Brazil, Taiwan, Sweden, Germany, Austria and Switzerland. Sales are split equally between Colorado, the rest of the U.S. and overseas, Connor said.

Part of the appeal, he said, is the novelty and performance wood bikes bring to a ride.

“(Wood) has this natural ability to absorb bumps, shocks and vibrations,” Connor said. “Wood is flexible, but you don’t want to get it too flexible.”

After working for Denver tech marketing company Leopard Communications for a decade, Connor needed a change of pace and moved to Massachusetts to build classical acoustic guitars with his brother.

They worked together for more than two years molding and shaping guitars. On weekends, they built wooden boats.

When Connor moved back to Colorado, he realized his woodworking skills applied to something he truly enjoyed: riding bikes.

“I was in a very unique position to do a wood bicycle unlike anything ever done before,” he said.

The two new models will complete a wood bike arsenal that holds seven others, including an electric wood bike, mountain bike and gravel bike. The bikes are sold directly to consumers and online, range in price from $3,500 to $6,500 on the firm’s website.

The company makes and stores bikes in a basement and garage in South Denver, and Connor projects it will sell 20 bikes this year. It takes 40 hours to build each bike, he said.

After five years of chipping away at wood bicycles, a 48-year-old woodworker is releasing new models and selling in more countries.