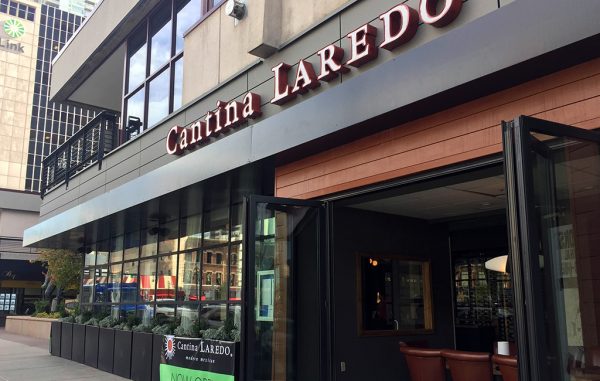 The downtown crowd can pull up a seat to two new restaurants at Arapahoe and 15th streets.

Both concepts and the building are owned by Bruce Rahmani, CEO of Northglenn-based Colorado Hospitality Services. Rahmani bought the two retail units in 1996 for $1.15 million, according to property records.

This is the second restaurant in Colorado for Dallas-based Cantina Laredo. The downtown location is owned by franchisee Rahmani. The store in Boulder is corporate-owned. In 2013, a Cantina Laredo at The Streets at SouthGlenn closed, according to Westword.

Rahmani also owns franchise rights to Tony Roma’s. The ribs, seafood and steak vendor will open in the previously planned location of Brooks Original Bar-B-Que. This will be the first operating location of Tony Roma’s in Colorado after a hiatus.

Rahmani plans to open eight Tony Roma’s outposts across Colorado and Idaho, according to a press release from the restaurant chain.

The downtown crowd can pull up a seat to two new restaurants at the corner of Arapahoe and 15th streets.