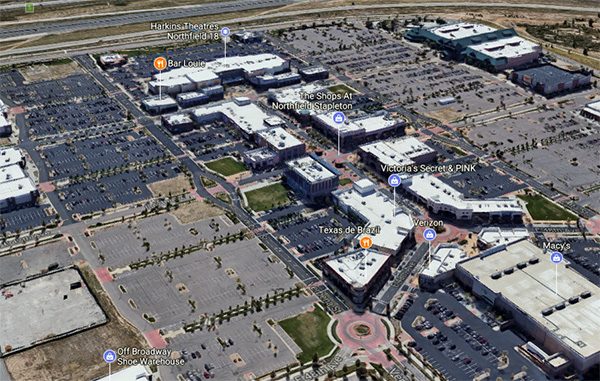 The Shops at Northfield Stapleton were sold as part of a $3 billion deal. (Google Maps)

An open-air mall in northern Denver is set to change hands.

The transaction is part of a larger deal, which calls for QIC to acquire Forest City’s ownership stake in 10 malls.

The other malls are in California, Florida, Nevada, New York, Pennsylvania and Virginia.

The transaction values the 10 malls at $3.18 billion, or $1.55 billion for Forest City’s share. The companies did not provide a breakdown of the individual malls.

The sales of six of the malls are expected to close by yearend as third-party consent is obtained, according to the firms. Northfield Stapleton is in this group, along with Westchester’s Ridge Hill in Yonkers, New York; The Shops at Wiregrass in Tampa, Florida; Mall at Robinson in Pittsburgh; Antelope Valley Mall in Palmdale, California; and South Bay Galleria in Redondo Beach, California.

The sales of the remaining four malls are expected to close as Forest City secures replacement assets.

Forest City said in a news release that the mall transaction and a separate deal will result in the firm exiting “from substantially all of the shopping center-based retail in its portfolio.” CEO David LaRue said that the moves allow the company to focus on urban residential, office and mixed-use assets.

Northfield Stapleton tenants include Macy’s, JCPenney, Target and Bass Pro Shops. The deal is not expected to affect mall operations.

The mall is part of Forest City’s larger Stapleton development, built on the site of Denver’s former main airport, which closed in 1995 when Denver International Airport came online.

Construction of the Stapleton development began in 2001. The mall opened in stages in 2005 and 2006, Linton said.

Forest City continues to maintain a 90 percent ownership stake in apartment buildings within the Stapleton development, Linton said. The company also owns additional land within the development, which it has been selling gradually to developers. 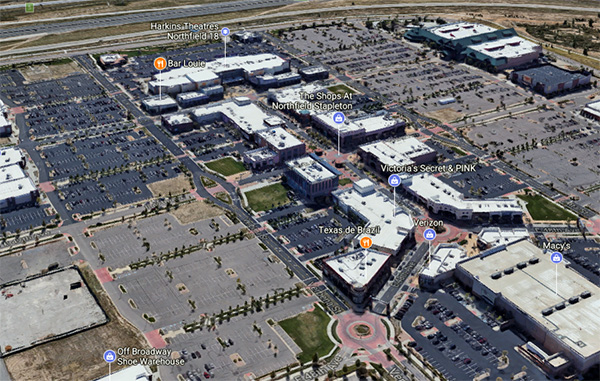 The Shops at Northfield Stapleton were sold as part of a $3 billion deal. (Google Maps)

The transaction is part of a larger, $3 billion deal that calls for the company from Down Under to acquire an ownership stake in 10 malls.