Coldwell Banker Commercial Advisors hired Andrea Ackerman as vice president of its Denver office. She is a graduate of the University of Colorado Boulder and is the chairwoman of Dress for Success in Denver.

Tributary Real Estate launched a dedicated brokerage division being led by Andy Cullen. Cullen was previously a senior vice president at JLL, where he worked for 15 years. His team consists of Amy Aldridge, Jona Behm, and Dan Howard.

NavPoint Real Estate Group hired Jeff Brandon as a broker. Brandon previously worked at Colliers and CBRE and is a graduate of Auburn University. 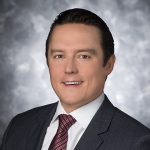 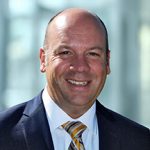 McCarthy Building Cos. added Tim Barr as director of business development for the Denver office. Barr is a graduate of the University of Colorado Boulder.

J. David Thompson announced his resignation from his role at Western Union effective Dec. 1. Thompson works as the chief technology officer and executive vice president of global operations. He has been with Western Union for almost six years and previously worked as chief information officer at Symantec and Oracle. Sheri Rhodes will take over as acting CTO. 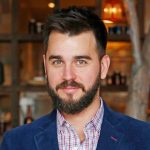 KGA Studio Architects hired Brent Paul as designer and project manager. Paul received his Masters of Architecture from the University of Colorado Denver.

D.L. Adams Associates promoted Ben Bridgewater to vice president of the firm. Bridgewater has been with the company, which provides acoustics services, for five years. He earned a master’s degree in architecture from the University of Kansas.