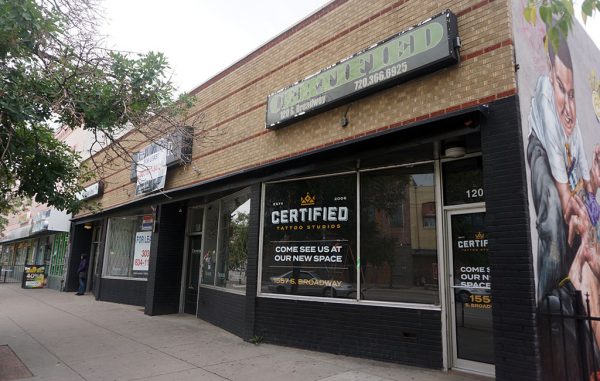 The three-unit building between Bayaud and Maple avenues will retain, for now, the Fox & Crow Salon, which opened earlier this year and is on a five-year lease.

The middle 1,900-square-foot unit previously housed Eslinger Art Gallery before it moved exclusively to online retail. The unit is for rent.

Certified Tattoo Studios occupies the south end of the building. Their store at 120 S. Broadway is currently not operational. The tattoo company has a new space south of Interstate 25 at 1557 S. Broadway, which opened three weeks ago.