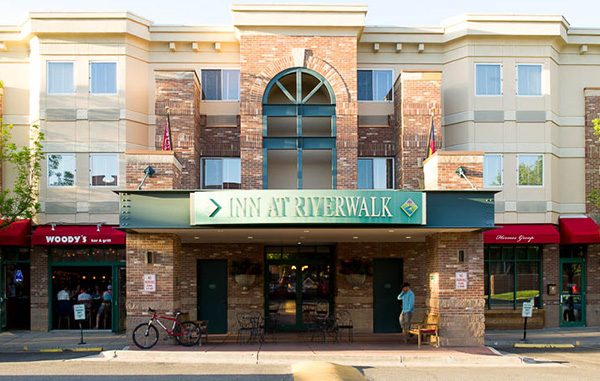 It’s time for a facelift for a 20-year-old Vail Valley mainstay.

The Inn at Riverwalk is spending $3 million on upgrades for the 60-room Edwards hotel.

“We really wanted to position ourselves higher in the market,” general manager Matt Tabor said. “We wanted to update the furnishings to the level an affluent guest would come to expect.”

This is the first significant renovation in the hotel’s history.

The updates start in the hotel lobby, with new furnishings and a “gear garage” that will have complimentary bikes and snowshoes for guests. Room upgrades include new paint, tiling and 46-inch TVs. In addition, the hotel’s pool will be resurfaced and upgraded with new furniture and fire pits, while its gym will upgrade equipment.

The construction began after Labor Day and is slated to finish in mid-December, in time for holiday vacationers. Zehren & Associates and Evans Chaffee Construction, both based in Avon, are the architect and general contractor behind the renovations.

“Luckily, business in the Vail Valley during our offseason has been picking up,” Tabor said. “There’s no real perfect time … we picked it basically to get it all done and get it ready for the Christmas season.”

While the Inn at Riverwalk, owned by Kathy and Sandy Treat, is farther away from ski resorts, it feels more local than others, Tabor said, especially at Woody’s Bar & Grill, which shares the inn’s building.

“We’re the only hotel in Edwards … where a lot of the locals at Vail Valley live,” Tabor said. “You’re as likely to see a lift operator at the end of their shift as you are a multimillionaire.”

Both Woody’s and Zino’s Ristorante, another onsite restaurant, will remain open during the hotel construction.

Also new to the Inn at Riverwalk is its affiliation with hospitality corporation Choice Hotels. Tabor said the inn still will operate independently, but has tapped Choice for its reservation and marketing services.

The 60-room Inn at Riverwalk, a hotel in Edwards, is spending $3 million on upgrades to its lobby, gym and guest rooms.