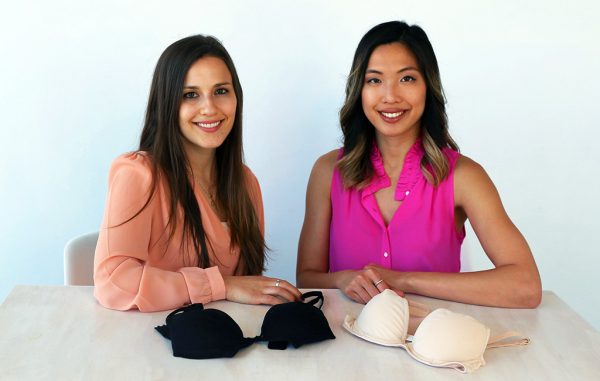 After years of wearing ill-fitting, gaping bras, Jaclyn Fu decided to fill the gap in the market by launching Pepper – a bra company targeting women with small breasts.

Fu and co-founder Lia Winograd in April sold $47,000 worth of products on Kickstarter. Their goal was a more diminutive $10,000.

“I think I cried,” Fu said. “My expectations were low. I just couldn’t imagine that there were so many other people that felt the same way I was.”

In the four months since the Kickstarter campaign, Pepper sold an additional $19,000 on its website for a total of 1,650 bras that cost about $40 each, comparable to a basic bra at Victoria’s Secret. Fu said the company’s profit margin is around 60 percent.

“There is a sense that you are not like everyone else. By literally not filling those body standards you feel less than,” Fu said. “We are saying you are enough. You don’t need a push up (bra) or a boob job.”

Fu said designing for different body types is not cost efficient for mass-market producers, who instead design for the average and scale the sizes.

“They don’t consider the design challenges for each body type,” she said. “No one is doing it right.”

For small-chested women, a bra’s cups need to be shallower and it may require narrower shoulders. Not as much support is needed, so a shorter, more comfortable underwire can be used.

The company hired a freelance bra designer and manufactures the garments in Colombia. Fu runs the business from her home near the Santa Fe Arts District and rents warehouse space in Denver.

Pepper sells AA, A and B cups in band sizes 32 to 38. The bra comes in beige and black.

Fu, 27, has been funding the business with savings and cashflow from sales. She said Pepper will start looking at outside investment in 2018.

Fu is a graduate of UC Berkeley and moved to Denver 18 months ago. Having worked in product marketing for companies like Mozilla Corp. and Etsy, Fu left her job three months ago to focus on Pepper.

“There is something here,” she said. “There is definitely an appetite.”

After years of wearing ill-fitting bras, Jaclyn Fu decided to fill the gap in the market by launching a bra company targeting women with small breasts.