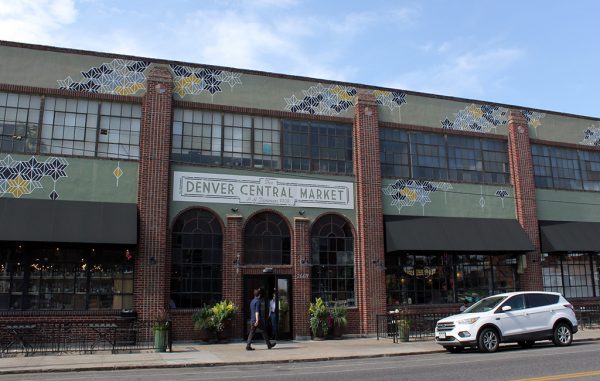 RiNo has lured a LoHi jeweler and a Boulder marketing office smitten with the neighborhood’s vibe.

Madwell, a Brooklyn-based marketing and advertising firm, recently moved from Boulder to Denver. Sean Holland, managing director of the Colorado office, said the company wanted to be in a more urban area to score Denver clients.

The company moved into a 3,200-square-foot refurbished loft above the Denver Central Market at 2669 Larimer St. at the end of July. Holland said the space is about triple the size of its Boulder office.

Holland first came to Colorado three years ago to feel out the climate for expanding Madwell into the Centennial State. It had been working with several clients in the natural foods industry, such as Noosa Yoghurt and Boulder-based Justin’s, which sells nut butter and other peanut products.

“Boulder is very much the Silicon Valley of natural foods,” Holland said.

Holland said Madwell was located on the east side of Pearl Street in Boulder. As the company started to grow, he worried it would have to search for larger offices outside Boulder’s central business district. 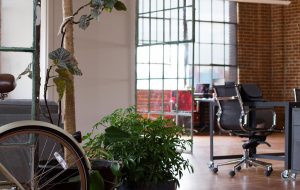 In Brooklyn, Holland said, Madwell is located in the Bushwick neighborhood, a creative area in the borough. Similar to the RiNo area, many workers commute from Bushwick to jobs in Manhattan.

“RiNo’s kind of like the Bushwick of Denver,” Holland said. “We’re finding that a lot of the people we were hiring in our Boulder office were starting to commute from the Denver area,” Holland said.

Also in the same building as the Central Market, Abby Sparks Jewelry signed a five-year lease on a design studio.

“There is a soulfulness down there,” owner Abby Sparks said of RiNo. “It’s the heart of Denver.”

In November, the jewelry designer will upgrade from a 450-square-foot office in the Highlands to 1,300 square feet above The Denver Central Market.

Sparks will continue the wedding theme at the space after the former tenant, Emma & Grace Bridal Studio, moved down the street. 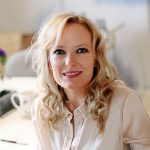 Originally from Oklahoma, Abby Sparks moved to Denver 11 years ago. She opened the jewelry company in 2014 after working as a management consultant and earning an MBA from the University of Denver.

“I’m finally doing what I want to be doing. It has nothing to do with management consulting and that’s a good thing,” she said.

Seventy percent of the business is making engagement and wedding rings from semi-precious and precious stones and metals. Sparks said 15 percent of customers are from outside Colorado.

The appointment-only, custom engagement ring process starts with design sketches and takes six weeks on average to produce a finished product. The business also does repurposing of old jewelry. A ring typically costs between $5,000 and $15,000.

“Combining meaning with art, for me that’s really powerful,” she said. “My passion is the stories, and honoring that story.”

Lynn Yenn contributed to this report.

“There is a soulfulness down there,” jeweler Abby Sparks said about her new RiNo showroom. “It’s the heart of Denver.”