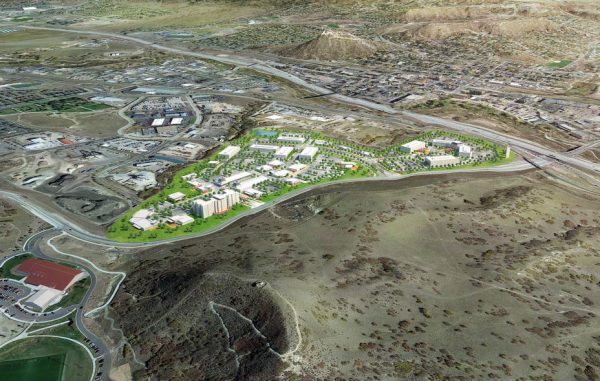 A little patience has helped a Chicago firm nab a 65-acre site in Castle Rock.

The deal positions P3 to break ground on a hotel, retail and office development called Miller’s Landing next year. The entire project at Plum Creek Parkway and Interstate 25 will cost between $350 million and $500 million, according to the Castle Rock website.

P3 acquired 17 acres from Stapleton Family 2011 Trust for $2.8 million and 48 acres from Fenway Partners LLC for $5 million, according to NavPoint Real Estate Group. Matt Call and John Witt with NavPoint represented P3 in the deal for 17 acres and Fenway in the deal for 48 acres.

Call said some tenants have signed letters of intent on the future space. He said construction on the project will take five to seven years, and the sale closing was timed to ensure Castle Rock approved a $65 million public finance agreement.

Money from the public finance agreement will go toward remediating a former landfill onsite and paying off the bonds sold by P3 to develop the land.

Shawn Temple of P3 said the development company has a history of developing previously contaminated brownfield land like this former landfill. It will start work on the landfill later this year and start construction in 2018, he said.

The deal positions P3 Advisors to break ground on a hotel, retail and office development called Miller’s Landing next year.