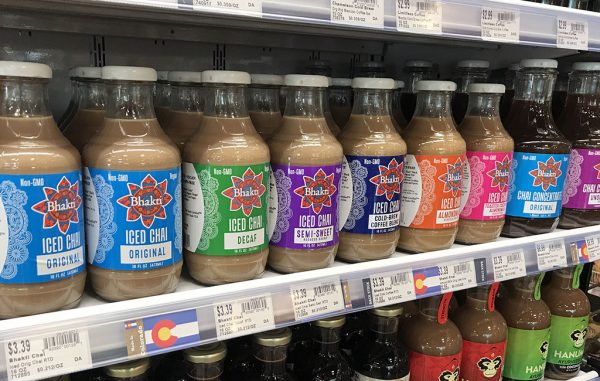 After more than a decade brewing tea in Boulder, a chai company is spicing things up with a seven-figure investment.

Founder Brook Eddy started the company after journeying to India in 2002. She started home brewing chai masala in 2005 and sold the concentrate to coffee shops in Boulder in 2006, according to the Bhakti website.

Seven years ago, Bhakti moved into a 4,500-square-foot production facility in Longmont. It lists 11 employees on its website.

Last year, the tea maker hired CEO Sarah Bird to run the company, with Eddy transitioning to a position on the board of directors, the Daily Camera reported.

The tea is available by the cup in local Denver coffee shops including Aviano, City O’ City and Caffe Sanora. Bhakti products are stocked at 25 stores in Denver, including Whole Foods, Natural Grocers, Sprouts and King Soopers, as well as online.

Ten investors contributed to Bhakti’s recent capital raise, according to the SEC filing.

After more than a decade brewing tea in Boulder, the chai company is spicing things up with a seven-figure capital raise.