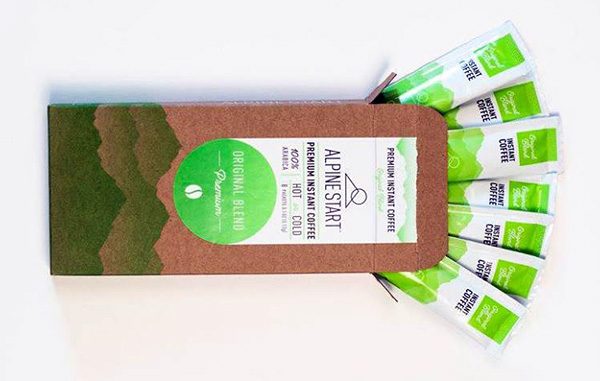 Alex Hanifin and Matt Segal have gone from bootstrapped startup to REI store shelves in a year.

Their product isn’t a tent. It’s not a stove. But many campers can’t start their day without it.

“Instant coffee has a bad name,” Hanifin said. “You think of your grandma’s burned coffee on the counter.”

Haniflin and Segal are trying to jolt that expectation with their single-serve instant coffee, Alpine Start, named for the phrase hikers use for the pre-dawn wakeup times necessary to beat bad weather to the summit.

The pair hopes to make mornings more enjoyable for mountain and caffeine addicts alike. That pitch landed Alpine Start in REI and Whole Foods this June and has increased sales from $30,000 in the second half of 2016 to $300,000 so far this year.

Hanifin grew up in Boulder and previously worked for homegrown food companies Justin’s, Rudi’s Organic Bakery and Boulder Brands. She and Segal, a professional rock climber, lived together in Boulder and would brainstorm business ideas. Instant coffee was the favorite.

“Selfishly, we made this product for ourselves,” Hanifin said. “We found all the pennies under the couch and scraped it together.” 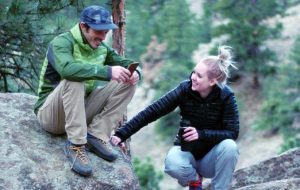 Alpine found a coffee manufacturer in an Italian town just outside Florence who agreed to produce the powder from Colombian coffee beans.

The pair experimented with brewing and roasting the beans, Hanifin said, but the clincher to nailing the taste was high pressure and temperature in the dehydration process.

The company, which employs four people at a 1,200-square-foot space in Boulder, also packages the final product in Boulder. A box of eight single-serve packets sells for $9. It can be brewed hot or cold, and doesn’t need to use water.

“You can actually add it to any liquid you want,” Hanifin said. “People add it to almond milk a lot. We’ve actually even put it in whiskey.”

Alpine Start’s sales are split between retail sales at places like REI and Whole Foods and online sales, Hanifin said. By the holidays, it plans to release new products like coffee and creamer packages and mocha instant coffee.

To feed the growth, Hanifin said, the pair has closed a seed investment round from Boulder investors, including some of her old bosses at Boulder Brands and Rudi’s.

But the startup faces stiff competition in the instant coffee category from name brands, especially Starbucks Via, which is the same size and price.

“This startup brand is going after the biggest coffee company in the world,” Hanifin said. 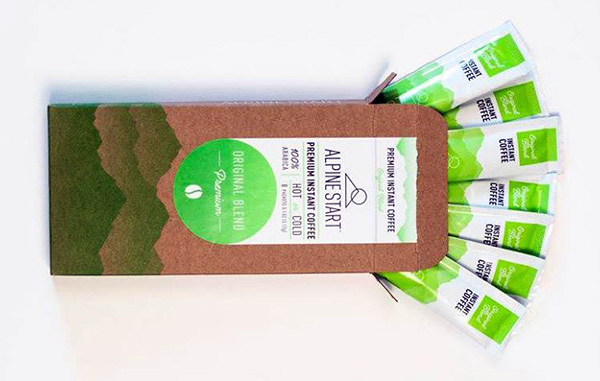 Alex Hanifin and Matt Segal have gone from bootstrapped startup to REI store shelves in a year, increasing sales by more than 1,000 percent on the way.