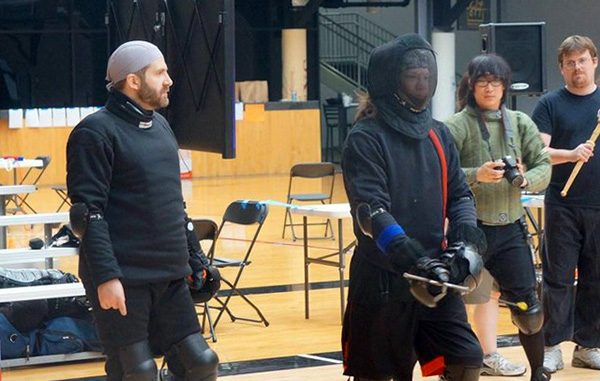 Jason Barrons is betting on the “Game of Thrones” effect.

The sword fighting enthusiast plans to take a stab at a new type of fencing facility after leasing space inside a gym on Elati Street.

Barrons said interest grows for what he calls “historical European martial arts” (as opposed to Olympic fencing) every time the popular HBO show airs a sword fight. He’s preparing to launch the Denver Historical Fencing Academy on Sept. 11 to bring more people to the sport of European longsword fighting.

“It has been absolutely exploding the past four years or so,” Barrons said. “‘Game of Thrones’ has actually played a huge role.”

Barrons said athletes who do CrossFit or other high-intensity workouts are perfect customers. Because the sport of longsword fighting now includes protective gear – gloves, pads and a face mask – for people to spar realistically, Barrons said, European martial arts is a substantial workout. 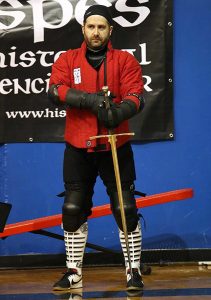 The academy is leasing space from Blunt Force Training, a gym located near the junction of interstates 70 and 25 at 3993 Elati St. The gym teaches Olympic weightlifting, high-intensity interval training and kickboxing, among other classes.

“I want to give people another avenue to use their physical conditioning,” said Barrons, 40. “Technology has allowed us to develop the tools and equipment to hit someone as hard as in the real world.”

While Denver is home to fencing facilities, including the Denver Fencing Center and the Cheyenne Fencing Society, European martial arts is different, Barrons said. While Olympic fencing is concerned with striking an opponent, the academy’s version is concerned with the quality of the hit: whether the blade had enough arc or struck with the edge or flat side.

“It’s very much a different sparring culture than Olympic fencing,” Barrons said. “We are treating fencing as a martial art, not just a sport.”

Barrons spends time perusing manuscripts from sword experts spanning the 1200s to the 1800s, using weapons such as one-handed swords, rapiers, daggers and scathes. DHFA will teach students the longsword, which weighs up to 4 pounds.

The academy is paying $500 per month in rent to Blunt Force, and offering classes two nights per week for the first six months. Barrons, with instructor Aaron Karnuta, will teach beginners and intermediate clients two to three new techniques –  such as cutting or thrusting—in each hour-long class, with 20 minutes of sparring at the end.

Lessons at the DHFA cost $20 per person for a drop-in class and $30 for a half-hour private session.

Barrons, who works in product design at Platte Street software company Pivotal Labs, first became interested in European martial arts in 2013. He soon began training up to 20 hours per week and attending tournaments and events nationwide. He moved to Denver from New York in 2015.