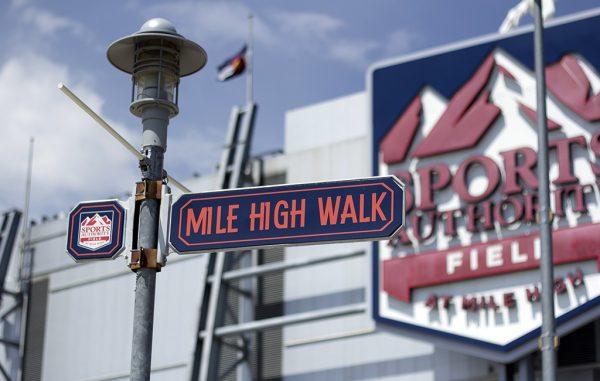 The ghost of Sports Authority is haunting Mile High Stadium.

The Broncos kick off the first home game of the season Saturday night, and the logo of the bankrupt retailer is still plastered all over the complex.

Now on the hook for the $4 million annual payment for stadium sponsorship, the Broncos have yet to find a new company to take over naming rights.

Last summer the Broncos agreed to pay the Metropolitan Football Stadium District the $3.6 million Sports Authority owed for 2016. The MFSD owns the stadium, which the Broncos first began using in 2001.

“While we have deemphasized the use of Sports Authority around the stadium and on our digital assets, there are no plans for an official rebranding in this interim period. It’s more practical to allocate those resources toward other areas, including doing everything we can to provide the best in-game experience for our fans,” he said in an email to BusinessDen. 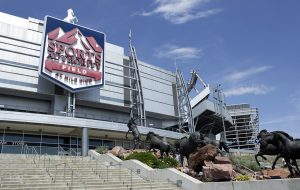 Mile High is competing with two other football facilities on the Front Range. A new CSU stadium was finished this year, and the Rams play their first game Saturday. The field is currently being called the on-campus stadium. Closer to Denver, the University of Colorado is looking for naming opportunities at both Folsom Field and the Coors Events Center.

CU athletic director Rick George said that while the school is looking for a naming partner, it also is embracing the history at Folsom Field. It was built in 1924 as Colorado Stadium and renamed in 1944 for Fred Folsom, a football coach and law professor for the university who died the same year.

“While we are looking at naming rights for the stadium, the name of the field won’t change,” George said.

The Mile High rights contract originally was written for Invesco Funds Group in 2001 and gave naming rights to the company until July 2021. The 2011 transition to Sports Authority extended the contract.

Naming rights at stadiums help to cover the costs of maintenance and updates. Matt Sugar, president of the MFSD, estimated that updates at Mile High would cost $300 million over the next 30 years.

Many of the updates are based on fan experience, which changes with new technology.

“When we first built the stadium Wi-Fi, it was like ‘what’s that,’ and now it’s high in demand. It’s almost a utility,” Sugar said. “(The estimate is) a living document that we’ll review as time goes on.”

The Broncos hired WME-IMG in November last year to find a sponsor. 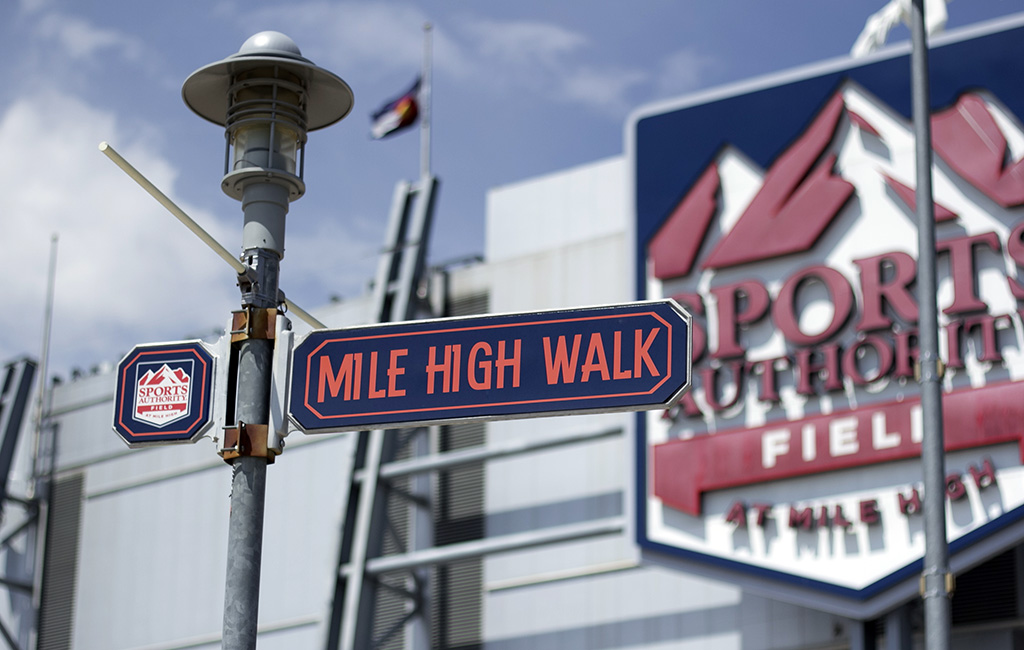 On the hook for a $4 million annual payment for stadium sponsorship after Sports Authority went bankrupt, the Broncos have yet to find a new company to take over naming rights.