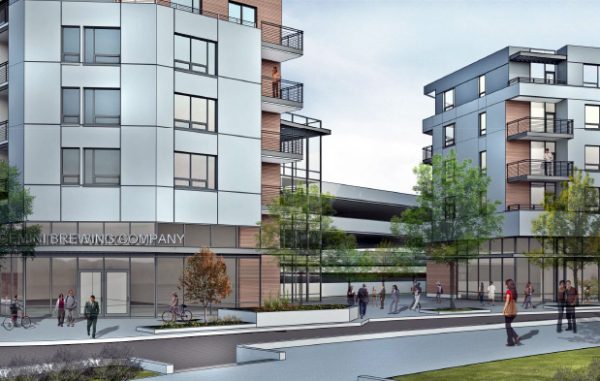 Gemini will move into the bottom floor of a mixed-use development planned next to Westminster Station.

Chris Dutton, owner of Gemini Beer Co., has been wholesaling bottled beers for a year. But when he heard about a ground-up mixed-use project planned at Westminster Station, the celestial signs seemed right for a taproom, too.

So Dutton contacted Jeremy Nelson, who manages the five-story Regeneration Development slated for Westminster Station. In June, Gemini became the first tenant to sign a lease on the project before a shovel hit dirt.

Dutton said he’s started considering how he wants to lay out the space. 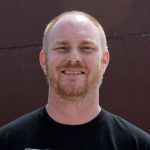 Gemini will occupy the bottom floor of the Regeneration Development with 3,000 square feet, including a kitchen. It plans to hire 10 employees to help with sales and bartending. Rent payments on the seven-year lease will depend on the taproom’s revenue, Dutton said.

Construction on the Regeneration project, next to the RTD Park and Ride at 6995 Grove St., is projected to finish in January 2019.

In the meantime, Gemini is an itinerant brewery.

Dutton, a project manager at Mark West, currently brews at Echo Brewing Co. in Frederick. He said he will migrate some production in October to Sanitas Brewing Co. in Boulder, where he will start canning beer, too.

Dutton said wholesaling pays for itself. He’s taking out loans to fund the new taproom and brewery, which he estimates will more than quadruple production to 900 barrels a year.

Gemini makes four kinds of beers, including a stout and an IPA, but specializes in Belgian brewing styles. Dutton hopes to boost its repertoire to 10 beers once the taproom opens.

“There are certain beers that you have to have to keep people coming in,” he said. “Those are the ones that pay for the passion projects.”

For Dutton, one passion is starting with popular desserts, such as Mississippi mud pie, and bringing those flavors into brews.

Westminster residents already have palates primed for beer – the city is home to the Kokopelli Beer Co. –  and neighboring Broomfield has several breweries, including Westminster Brewing Co. and Nighthawk Brewery.

Gemini will move into the bottom floor of a mixed-use development planned next to Westminster Station.