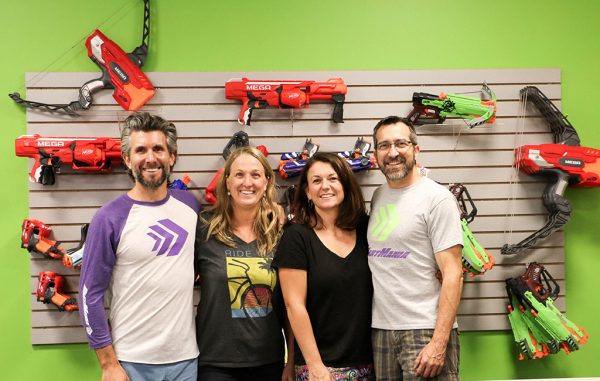 Jennifer Piccolo and Vinny Mulvey are opening DartMania Nerf gun center next weekend at 301 Englewood Parkway near Broadway and Hampden in Englewood.

“We live in the Platt Park area and we wanted somewhere close,” said Piccolo, 46. “There are really not a lot of kids’ play centers nearby.”

The inspiration for DartMania struck last year when Piccolo and Mulvey, neighbors for 12 years, planned a Nerf party for their two 11-year-old sons.

Piccolo, who holds an MBA from Southern Methodist University and is the supply chain director for a Fortune 500 company, said the gig has been an opportunity to tap the kids for input and advice.

“It was the first kind of business I could do with my family,” she said.

The business has a five-year lease on 10,000 square feet inside a former Country Buffet beside Hobby Lobby and the Dollar Tree.

Piccolo and Mulvey have invested their personal funds and received an SBA loan to launch DartMania. Kenny Davis Architects designed the arena and Weber Construction is the contractor for the new buildout. The layout includes 5,000 square feet for two Nerf playrooms, each decked out with barrels, boxes and pallets, similar to a paintball or airsoft arena, Piccolo said.

A Nerf referee will monitor five-minute games, like ‘capture the flag,’ freeze tag, or team elimination. In addition to the two playrooms, DartMania has two big party rooms, a lobby equipped with WiFi and a viewing area for parents. 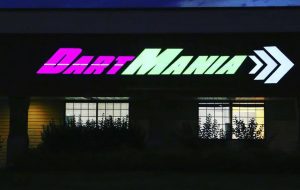 The venue is hosting its grand opening next weekend. (DartMania)

“We thought a lot about it from a parent standpoint,” Piccolo said. “It’s going to be a space you want to come.”

Parents can also get in on the game. While Piccolo said kids 5 to 12 are the primary target for DartMania’s primary business, she expects many adults to enter the arena for corporate team-building events or to play with their kids. DartMania is even considering hosting an adult night for competitive Nerf matches.

DartMania plans to hire 15 to 20 employees, including managers, to help man the space.

The Denver metro area is home to other Nerf gun centers, including Westminster’s Battle Dartz and Centennial’s Dart Warz. There’s also Battle Zone, a Nerf gun business that that sets up battles in backyards, school gyms or other areas.

“Nerf has been around for over 50 years,” Piccolo said. “It does not seem to be waning with our kids and their friends.” 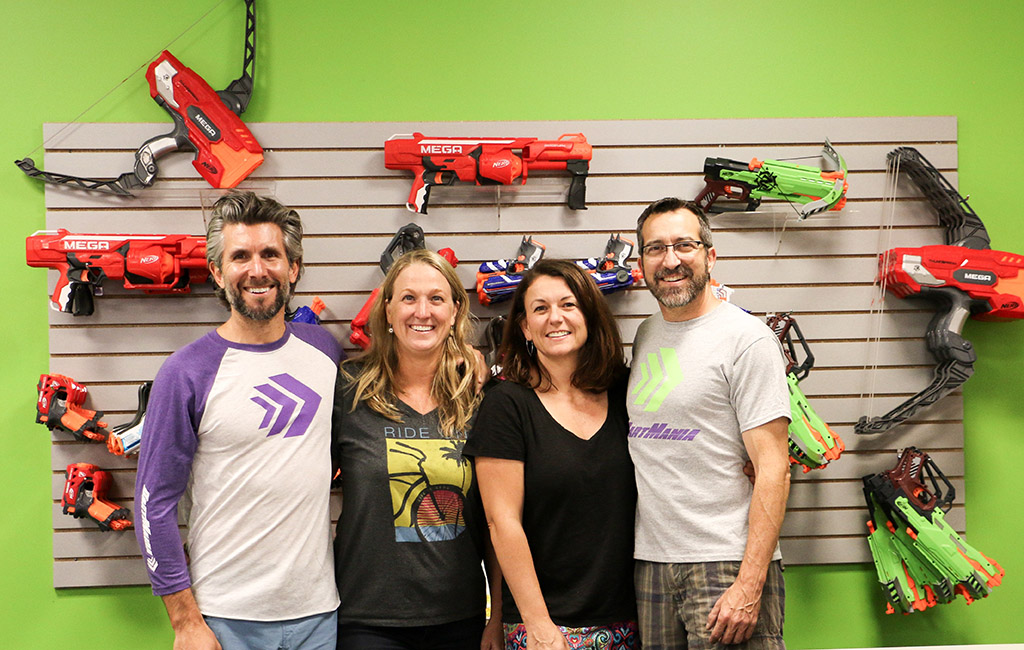 Jennifer Piccolo and Vinny Mulvey are opening DartMania Nerf gun center next weekend at 301 Englewood Parkway near Broadway and Hampden.