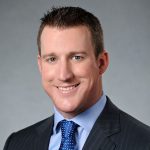 Maxwell Bull, senior vice president at Morgan Stanley, was named to Forbes Magazine’s inaugural list of America’s Top Next Generation Wealth Advisors. Bull is ranked ninth of 500 advisors born in 1980 or later. He works as a wealth advisor at Morgan Stanley Private Wealth Management and is a graduate of the University of Denver.

Nathan Bishop is the new executive director of the Historic Olde Town Arvada business improvement district, which started in 2014. Bishop is the group’s first director. He got his masters in urban planning and design from CU Denver. He previously was the program director of Downtown Springfield in Illinois.

Janette Heung was named deputy director of the Colorado Outdoor Recreation Industry Office. Heung is a graduate of Tufts University and Harvard University. She is the owner of JWG, an environmental and health management consulting firm in Denver. 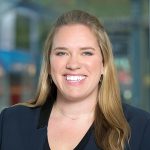 Recht Kornfeld named Marnie Adams a shareholder. Adams worked eight years in criminal defense at the Colorado State Public Defender’s office. She is a graduate of the CU School of Law.

Chipman Glasser added Ashley Schubert and John Bowlin as attorneys. Their practice will include commercial, real estate and construction.

Schubert is a graduate of the University of Kansas School of Law. For the last four years, she clerked for the U.S. District Court for the Northern District of Oklahoma.

Bowlin is a graduate of the CU School of Law. He clerked for the Colorado Supreme Court and the Colorado Court of Appeals. 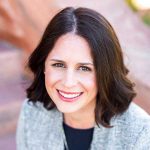 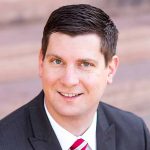 Daniel Glasser was elected to the board of the Rocky Mountain Children’s Health Foundation. Glasser is a partner at Chipman Glasser law firm where he focuses on commercial, real estate and construction litigation.

New York-based Greystone & Co. added Kelley Klobetanz as managing director of the Federal Housing Administration team in Denver. She is a graduate of the University of Colorado Denver. 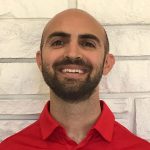 The Staenberg-Loup Jewish Community Center hired Jared Blitz as the fitness and wellness manager of its fitness center. Blitz is a former adjunct professor of exercise science and fitness center supervisor at Mesa Community College in Arizona.

PCL Construction made Jeremy Tolmen the manager of virtual construction. Tolmen formerly worked at Swinerton Builders as manager of building information modeling. He is a U.S. Navy veteran.