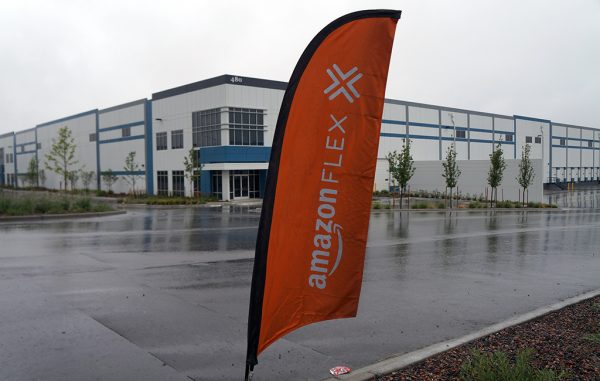 AmazonFlex signage in front of the warehouse at 480 E. 55th Ave. (Amy DiPierro)

The Seattle-based online retail giant has pitched a flag in Trammell Crow’s Crossroads Commerce Park. It has invaded the North Denver industrial park with signs and flags pointing visitors toward 480 E. 55th Ave., a 376,000-square-foot warehouse.

The signs advertise AmazonFresh, the company’s grocery-delivery service, and Amazon Flex, a program that uses contract drivers – much like Uber or Lyft.

Amazon also appears to be clearing shelf space for booze. On one corner of the Crossroads warehouse, the company has posted a notice for a retail liquor license hearing in Adams County.

Amazon in May announced it was launching AmazonFresh in Denver. Amazon Flex has been available in the area since August 2016. 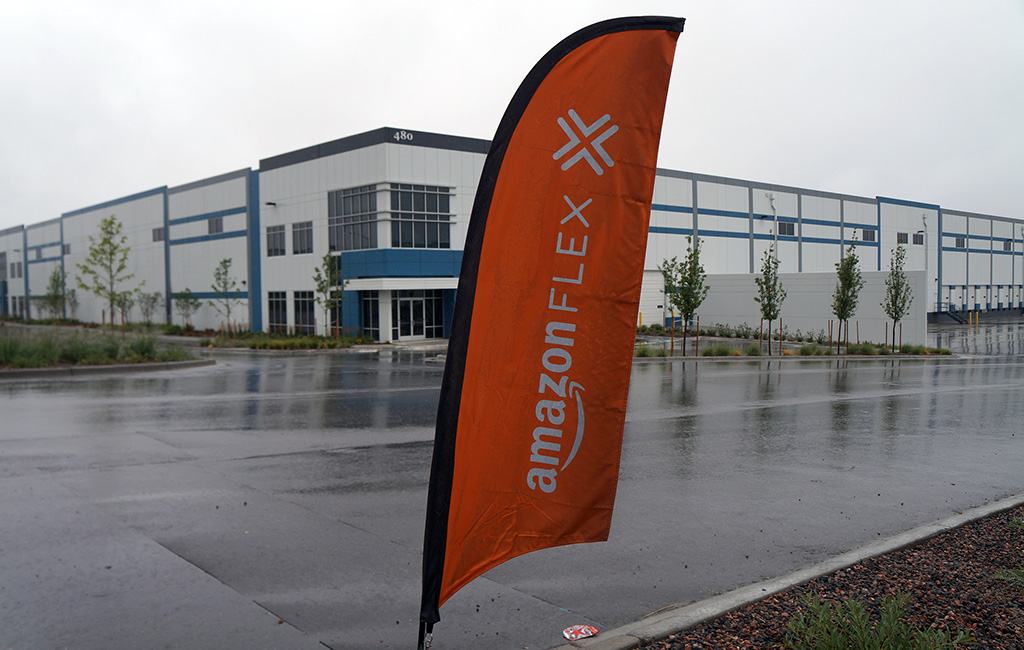 AmazonFlex signage in front of the warehouse at 480 E. 55th Ave. (Amy DiPierro)

The Seattle-based online retail giant has pitched a flag at a 376,000-square-foot warehouse in Trammell Crow's Crossroads Commerce Park.