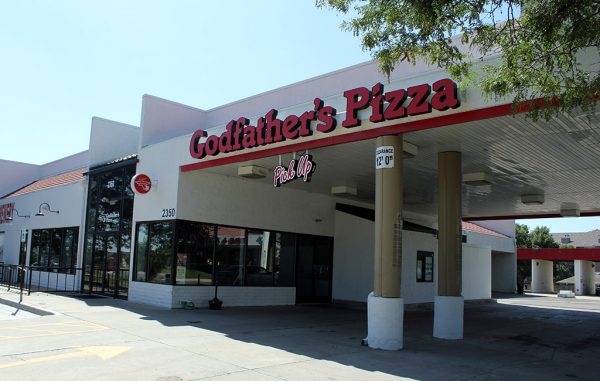 An Omaha-based pizza chain is coming back to Denver for seconds.

Godfather’s Pizza sizzled back into the Denver area last year after a 20-year absence. Now the chain is set to open a second location at 9567 E. Iliff Ave., near the Cherry Creek Country Club, in September.

Franchisee Jake Smith, a co-owner of the chain’s restaurants in Thornton and Denver, said he looks for suburban locations with lower rent to get a fatter margin on menu items.

“We have very strict criteria as far as where we’ll go,” he said. “We look for the new and exciting, up-and-coming builds, and then we go a couple blocks away from that.”

Godfather’s shut down hundreds of locations around the country in the 1990s, including its Colorado restaurants. Now the chain is looking to avenge its name.

Smith opened the Thornton restaurant in March 2016, and said the location is already profitable and he’s ready to get cooking at the second location.

In Denver, Godfather’s will sit on the lower level of a mixed-use development. It signed a lease on the 1,500-square-foot space in April. General contractor Williams Construction Corp. started work on the pizzeria about a month ago.

Smith said the second location – slightly smaller than the first – will cater to delivery and take-out customers.

The Thornton restaurant has 60 staff members. Godfather’s will hire an additional 30 to 50 people to work on Iliff Avenue.

Smith is funding the second pizzeria with a combination of loans and cash from the first restaurant.

He and his fellow co-owners can franchise up to 10 Godfather’s Pizza spots, but aren’t immediately seeking a third helping. Lakewood is a likely spot for location number three.

“You do as much research as you possibly can (about the market), but you’re still rolling the dice,” Smith said.

Godfather’s pricing puts it in the neighborhood of other local chains. A medium specialty pizza at Godfather’s is $20, compared to $21 to $27 for a comparable pie at Beau Jos, and $19 to $29 at Paxti’s Pizza.

The pizzeria is set to open its second Denver location at 9567 E. Iliff Ave., near the Cherry Creek Country Club, in September.