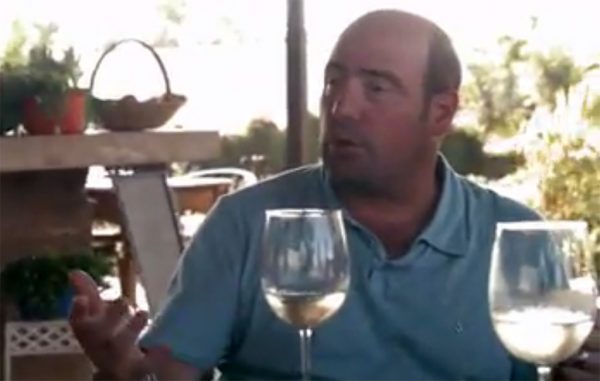 Frank Bonanno on an episode of Chef Driven.

Local chef Frank Bonanno says a pair of New York television producers are trying to burn him out of a TV show he cooked up without their help.

Bonanno is suing Aaron Colussi and David Broad with the film studio Left of Frame, who produced the two most recent seasons of Bonanno’s public television program, Chef Driven.

Bonanno is known for Denver restaurants like Mizuna in Capitol Hill and Osteria Marco in Larimer Square. He says Colussi and Broad never paid him back for more than $23,000 in production expenses and claims the pair is trying to shoot new episodes of Chef Driven without his participation.

“One or more of the defendants have solicited a chef other than Bonanno to host the ‘Chef Driven’ Series in the future, and have solicited underwriting and sponsorships,” Bonanno writes in a court case filed in May.

Bonanno alleges that the two producers breached their contract with him and violated his intellectual property rights. He is suing to stop Colussi and Broad from claiming they own Chef Driven. He also wants the pair to hand over a profit and loss statement showing how much money the pair allegedly owes him. And he’s asked a Denver District Court to award damages.

Bonanno shot the first six episodes of Chef Driven in 2014. In the show, the Denver-based chef travels to different cities in the United States and even to Mexico, following food from farms to local restaurants. He hired Left of Frame to produce two seasons following the pilot run.

But Broad and Colussi say the first season of Chef Driven is “substantially different” from the episodes they shot. Their production company countersued Bonnano on July 17, claiming that they developed the Chef Driven series and that Bonanno signed away all of his rights to the program.

The producers say they offered to sell Bonanno the rights to the show. He replied with a rejection letter and the May lawsuit, they say.

Reached by phone, the chef said he hired Left of Frame, but then sought to change production companies to get a fresh perspective. He hopes to return to the airwaves.

“I’d just like (the dispute) to end amicably and for us to continue to do more seasons of Chef Driven,” Bonanno said.

Colussi, Broad and Left of Frame are represented by Ashley I. Kissinger with Levine Sullivan Koch & Schulz in Denver as well as Elizabeth McNamara and Jaya Kasibhatla with Davis Wright Tremaine in New York.

“We do not believe that there is any merit to the Bonanno’s claims,” Left of Center wrote in an email statement to BusinessDen.

Frank Bonanno on an episode of Chef Driven.

Frank Bonanno is suing producers at film studio Left of Frame that directed the two most recent seasons of his public television program, Chef Driven.