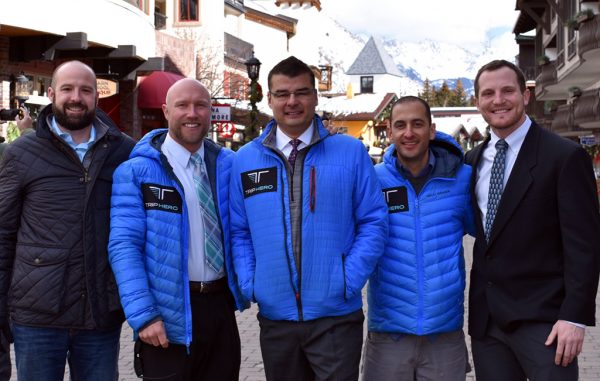 Brandon Ford has a new bag of cash stashed away for this ski season.

The 40-year-old founder of TripHero, a startup that ships customers’ skis and luggage from their homes to hotels, has raised $225,000 as the company prepares to deliver to more Colorado skiing destinations.

“We expanded to Aspen, and we are going to expand to Summit County,” Ford said. “Our goal is to expand it throughout the ski industry.”

TripHero reported the raise in an SEC filing July 25.

Ford, who has a law degree from Fordham University, came up with the idea for TripHero while working as a valet services manager at the Vail Mountain Club.

“Every day, I was dealing with how we store the skis and get them to customers,” he said.

Ford’s first tweak on ski delivery was re-programing the touchscreen computers that Vail waiters used to take food orders in order to track skis instead.

In 2011, he got to work on SkiPod, a wheeled, hard-cased ski and snowboard carrier. Ford officially launched a SkiPod delivery service last year with 25 prototypes and 2,200 customers. 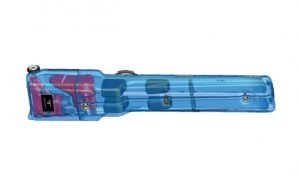 The company ships ski bags and other oversized luggage from homes to resorts. (Courtesy Brandon Ford)

Ford soon realized that skis made up just 30 percent of his business. Customers mostly shipped other types of luggage to avoid high airline baggage fees.

“You’re basically paying for convenience,” Ford said. “We want to make it easy for people to get to the big resort.”

The firm rebranded from SkiPodz to TripHero, aiming to reach customers that want to ship, say, scuba-diving gear and golf bags instead of skis. Plus, the broader business model is less seasonal.

“We have got to do more (business) in the summer,” Ford said.

TripHero has six full-time and two seasonal employees based in the startup’s 20,000-square-foot warehouse and its smaller distribution center in Vail.

FedEx picks up the baggage from customers’ homes and delivers it to TripHero in Vail. Then, on the day of a customer’s arrival, TripHero employees deliver the bags and skis in person. Ford said the company services Aspen, Vail, Beaver Creek, Breckenridge, Keystone and Arapahoe Basin.

TripHero charges a one-way delivery fee of $55 for a carry-on or boot bag, $70 for a golf bag, $80 for a large bag and $100 for an extra-large bag, like skis. Ford declined to disclose last year’s revenue.

The startup still might add more cash to its winter stash. As a participant in the Travelport Labs Accelerator in Englewood, it will be eligible for $30,000 in investments.

The 40-year-old founder of TripHero has locked in a funding round as his company prepares to deliver to more Colorado skiing destinations.