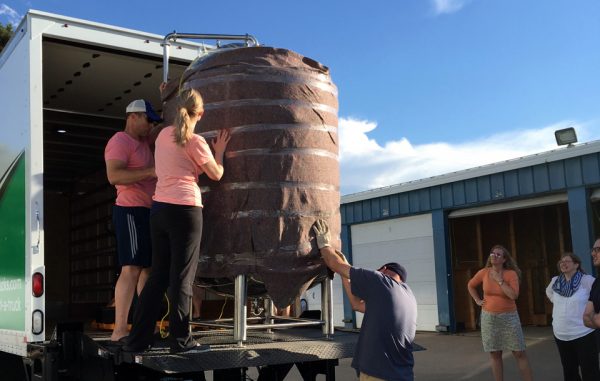 A new brewery is docking in Aurora.

Pilothouse Brewing Co. is diving into the Quincy Place Shopping Center at 4233 S. Buckley Road. Co-Owner Jean Verrier said his nautical-themed brewery is one of the few in Aurora to drop anchor in a suburban neighborhood.

“At least on this eastern, suburban part of town, there aren’t a lot of breweries,” he said.

Verrier co-owns Pilothouse with his wife and brother-in-law. He said the brewery’s niche will be catering to home brewers, in addition to pouring pints for the general public.

For a $95 membership fee, home brewers can use Pilothouse’s facilities to brew their own recipes. They also can buy grain, take brewing classes onsite and compete to take over one of Pilothouse’s 32 taps. Verrier plans to open 22 taps to guest brewers and keep 10 handles for its own beers.

“The only difference between a home brewer and a pro brewer is one of them is doing this for a living,” he said. “If you’re doing home brewing on a really serious scale, there’s really no difference.”

Pilothouse signed a lease in June to take over two spots in Quincy totaling 2,340 square feet, as well as a 675-square-foot patio. For now, Verrier said, the brewery will work with food trucks to serve grub, but eventually hopes to open a restaurant onsite. 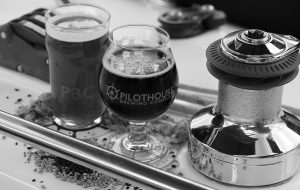 Home brewers can use the facilities to brew their own recipes. (Pilothouse)

Verrier is planning extensive construction, including knocking down a wall to connect the two storefronts.

He said the co-owners are investing $650,000 into the space, plus $100,000 in tenant improvement allowance from Kimco Realty and a pending SBA loan from Stearns Bank in Minnesota.

Construction will start once regulators approve Pilothouse’s alcohol licenses, for which it applied in June, Verrier said. It applied for both brewery and wholesale licenses.

He said the location will make 350 barrels of beer in its first year. 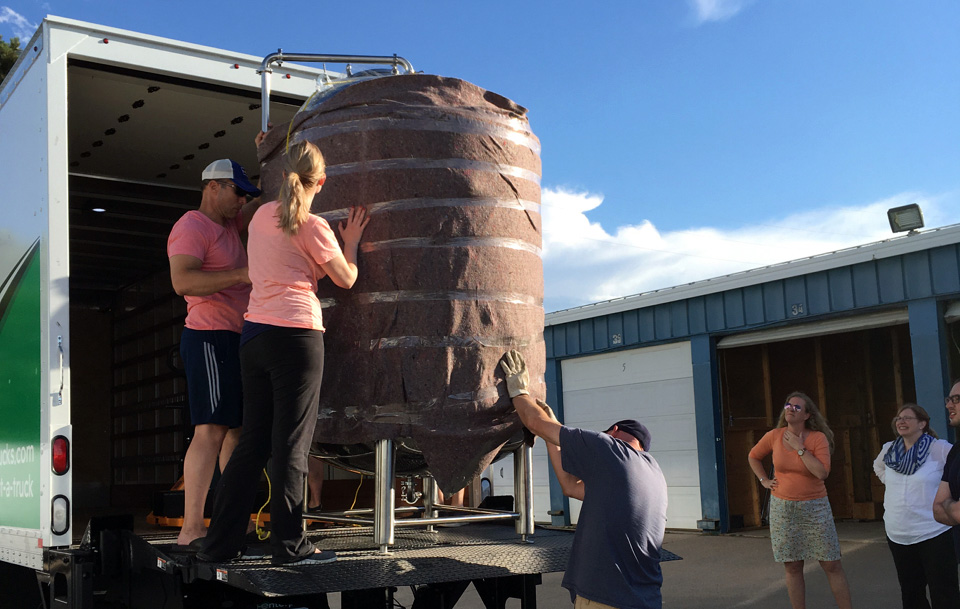