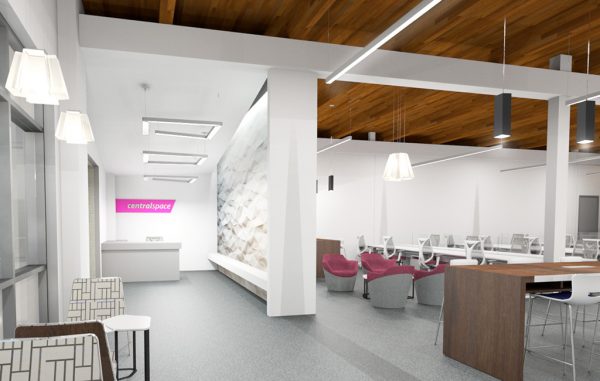 Coworking is cruising toward Stapleton.

Demetrius Bassoukos is turning a 19,000-square-foot building near the Stanley Marketplace site into a coworking office called CentralSpace.

Bassoukos said the location is close to restaurants and residential developments, and perhaps more importantly, far from the crush of coworking spaces that’s cropped up around downtown.

“This area – being so close to Stapleton, being right next to Stanley Aviation – is going to explode,” he said. “There’s nothing around there. We can grab people from Lowry, Park Hill and obviously Stapleton.”

Bassoukos heads his own product and web design company. He was in search of a bigger office when he came across the one-story property at 9555 E. Montview Blvd. in Aurora.

“I was looking for office space downtown and the quotes I was getting for the space I needed was a mortgage,” he said. “I can afford to pay $5,000 or $10,000 a month, but why put it in somebody else’s pocket?”

So Bassoukos purchased the 0.43-acre site, which includes a parking lot, for $1.9 million in March with a loan from Montegra Capital Resources, according to Adams County property records. The designer was also attracted to the 60-year-old structure’s midcentury modern aesthetic.

“The building has got great bones,” he said. “The ceiling is what sold me. It’s got these huge timbers.”

When he bought it, Bassoukos said, 9555 E. Montview was occupied by a used furniture store, a hair salon and storage space for pianos. Bassoukos has hired Rand* Construction to do a floor-to-ceiling renovation, gutting the building down to the outer walls.

“Most developers do it cheaply, because they’re counting pennies,” Bassoukos said. “I’m a little different. I want it done right, so I don’t have to worry about it.”

Bassoukos plans to reserve half the building for coworking, marketing the space primarily to design and technology companies like his. That leaves the rest of the building for his company’s office as well as a retail space that he hopes will hook a coffee shop.

Kestrel Design Group is doing the design work. Bassoukos said he wants the space to resemble an art gallery, decorated with street art and movie posters from his own collection.

Bassoukos has not yet settled on coworking rates. But since he’s outside of downtown and can throw in tenant parking for free, he said prices are likely to be lower than other local coworking spaces.

Bassoukos is the founder of Simulated People, which launches websites and consumer products such as vitamin supplements on behalf of customers in the entertainment industry. (The business has scrapped its business cards and instead works primarily under the brand names of its customers, Bassoukos said.)

And now Bassoukos is busy with the launch of his first real estate development, which he plans to open by the end of September. 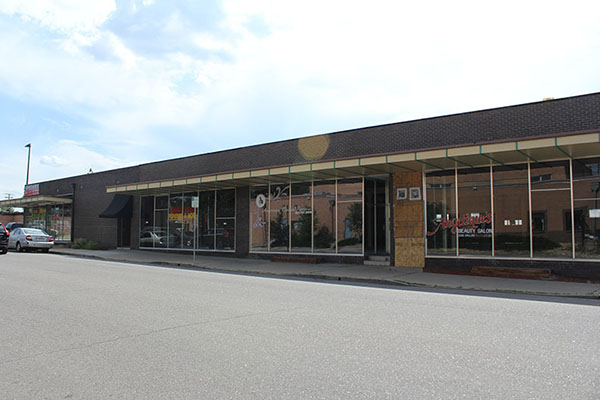 CentralSpace will occupy a 19,000-square-foot building on Montview Boulevard near Stanley Marketplace.