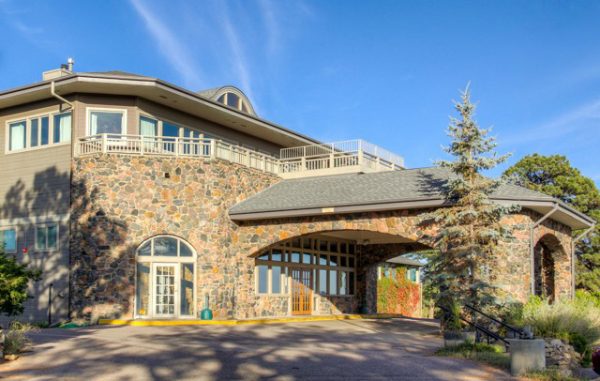 The clubhouse in Golden includes two dining rooms and a 24-hour gym. (MVCC)

Mount Vernon Country Club hasn’t had a golf course in more than 50 years. But with a centennial approaching, it’s finally tweaking its name to reflect life without 18 holes.

The club, which sits above Golden just west of Lookout Mountain, dropped the “country” from its name. The business will go back to its roots, operating under the name Mount Vernon Canyon Club, after a nearby landmark.

COO and general manager Paul Anderson said the name change was partly due to a shift in the club’s business model. After WWII, water became scarce in the area, which caused MVCC to drop its golf course. The club still owns the nearly 1,200 acres of land, but has since converted it to horse pasture.

The restaurant model also has become more competitive, so MVCC decided to highlight its outdoor amenities for attracting customers, although its restaurant and poolside grill will continue to operate.

“We’re just trying to make this more of a wellness club,” he said. “The days of dining and dancing and dressing up don’t work in Colorado anymore.” 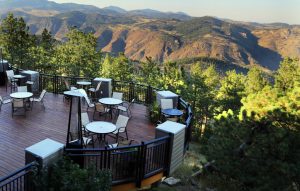 In addition to two dining rooms and poolside bar and grill, MVCC has a 24-hour fitness center, eight tennis courts and a pool with six lap lanes. Anderson said there are also bike trails that go through the Mount Vernon Canyon area.

He said that the cost of the name change has been minimal. The club filed a form that made its DBA name Mount Vernon Canyon Club. He said that signage around the club will remain the same, as the neighborhood HOA still carries the country club name.

MVCC soft-launched the name early this week, though the official name change won’t happen until August.

The club was founded in 1923 and has 1,700 members. Anderson said it began considering the name change 18 months ago in preparation for its 100-year anniversary. The club will be hosting a public party for its 94th anniversary Aug. 5.

The clubhouse in Golden includes two dining rooms and a 24-hour gym. (MVCC)

"We're just trying to make this more of a wellness club,” general manager Paul Anderson said. "The days of dining and dancing and dressing up don't work in Colorado anymore."