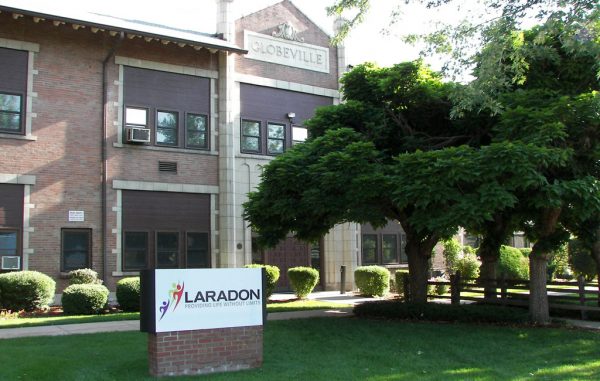 The administration building at Laradon, which plans to renovate several buildings. (Laradon)

An earlier version of this story mistakenly said Laradon is raising $10 million for renovations. It is raising $6 million. The article has been updated to reflect the correct figure.

A nonprofit that works with children and adults with disabilities is overhauling its Globeville campus.

Laradon aims to raise $6 million to fund the first two phases of renovation on its 10-acre campus east of Interstate 25. The project will add 5,000 square feet to the nonprofit’s schools, reserve a space for 250 apartments and repurpose now-vacant buildings.

But first, Laradon will renovate buildings on its aging campus, where it runs educational and job-placement programs for people with disabilities. The oldest building on campus dates back to 1926, CEO Doug McNeill said.

“These buildings are 40, 50 years old, so the mechanical and electrical all needs to be brought up to speed.”

Laradon’s campus is split into three parcels. The first is its 4-acre main campus on the north side of East 51st Avenue between Lincoln and Sherman streets. To the west is an empty lot bounded by 51st Avenue, Broadway, Lincoln Street and 52nd Street. The third piece lies north of the main campus, and contains vacant buildings the nonprofit once used as housing.

For phase one, Laradon plans to renovate its two school buildings, Wilson and Calabrese, and to add a connection between the two. Laradon is also adding a new preschool playground. McNeill said construction should begin in January and will be complete in June 2018. 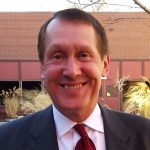 The remainder of the funding after phase one will go toward renovating the La Salle building, which houses programs for adults.

“This is pay-as-you-go, so after we complete the Laradon School we are hoping to have raised enough money through the Laradon Foundation to start on the La Salle building,” McNeill said.

The nonprofit is leasing the vacant land west of its main campus to developer Gorman & Co., which plans to build 250 affordable housing units on the site. The project, set to break ground in September 2018, was awarded $1.7 million in state and federal funding from the Colorado Housing and Finance Authority this year.

Laradon plans to lease out the bottom floor of the project for adult programs once the building is complete the following September.

The final phase of the Laradon renovation will retool vacant buildings on the northeast side of the campus that were once used as housing. McNeill said it hopes to rent the space to other nonprofits, preferably working in mental health.

McNeill said Laradon, which launched in 1948, works with 600 people daily.

In the year ended June 2016, the nonprofit reported $10 million in revenue, according to tax filings. Eighty-five percent of its operating budget is Medicaid waivers from its students. The Laradon Foundation, a separate nonprofit that supports Laradon’s programming, brought in $806,000 in revenue.

During planning and construction, Laradon’s 70 students and 85 teachers have moved to the Gilpin Montessori Public School building at 2949 California St. in Denver, which Denver Public Schools shut down at the end of the school year. Laradon will cover operation costs while its students occupy the building, McNeill said.

The nonprofit is applying for grants to fund the renovations and has formed a fundraising committee, McNeill said. 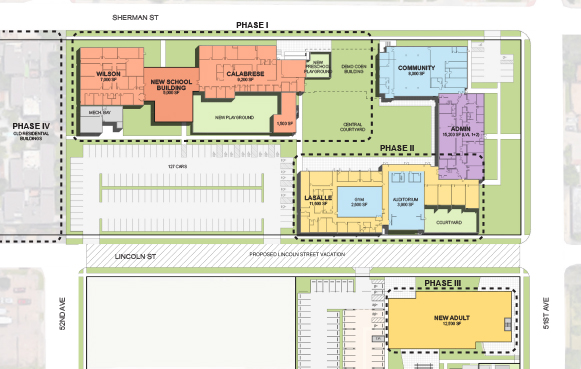 A map of planned renovations to the Laradon campus.

The administration building at Laradon, which plans to renovate several buildings. (Laradon)

Laradon last month opened a $6 million push to fund the first two phases of renovation on its 10-acre campus west of Interstate 25.