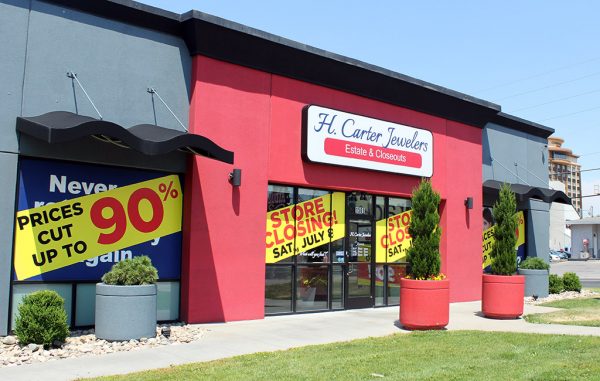 Jewelry outlet H. Carter Jewelers is packing up and leaving 1501 S. Colorado Blvd. on Saturday. It’s plastered the 40,000-square-foot storefront with banners trumpeting discounts as high as 90 percent to customers that hustle into the showroom before then.

An employee reached at the store said the company was not taking media inquiries.

Western Stone did not respond to a request for comment Thursday.

H. Carter opened in 2013, slipping into the storefront vacated by another jewelry company, Sonny’s Diamonds and Jewelry, which shuttered that year after a 30-year run in Denver.

On its website, H. Carter says it buys jewelry and watches from the likes of Tiffany & Co. and Rolex at closeout prices, then sell them to customers at a discount.

Last November, it hosted an event where shoppers could try on the Broncos championship ring from Super Bowl 50.

H. Carter first posted about its liquidation and closing sale on Facebook in mid-May, advertising prices up to 70 percent off.

The 42,000-square-foot building at Colorado Boulevard, part of the same complex that includes Nordstrom Rack and Runners Roost, is owned by K.P. Properties of Colorado. That LLC bought the building in 2009 for $7.5 million, according to Denver property records. 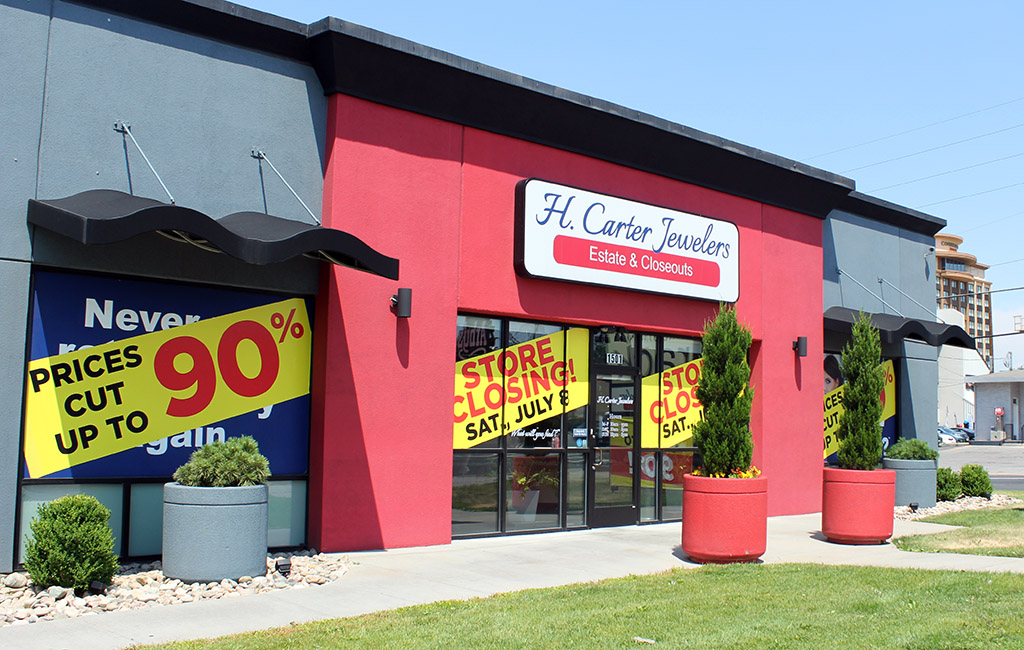