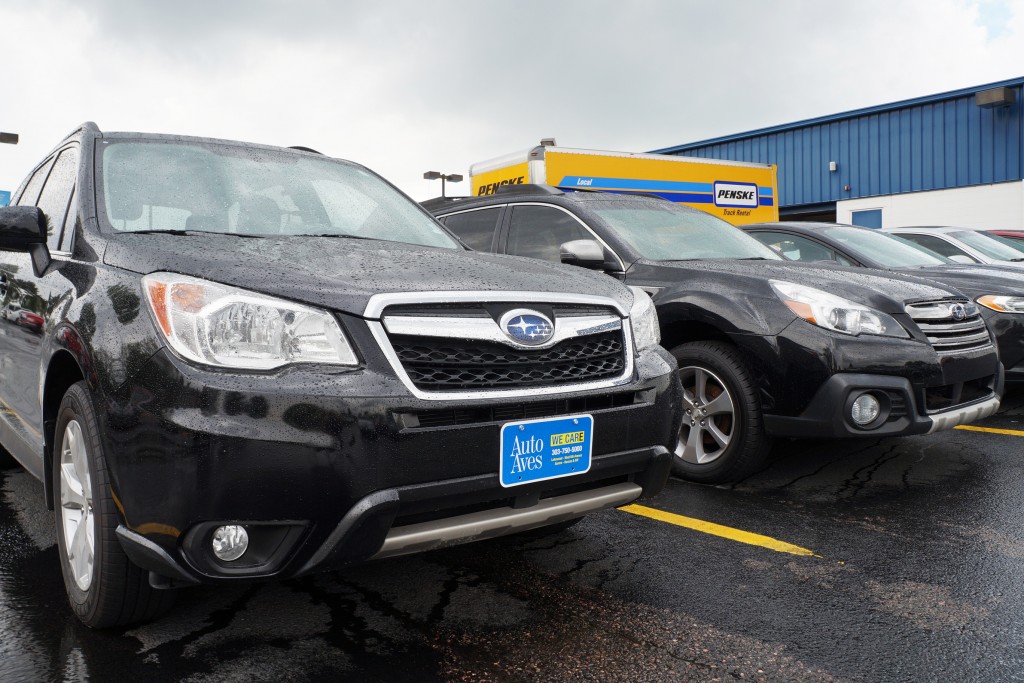 It’s not an illusion: There are a lot of Subarus in Denver.

In fact, with nearly 110,000 Subarus, Denver boasts the nation’s fourth-highest Subaru count, according to Subaru of America. And at one Forester, Outback, Crosstrek or Subaru sedan per 25 people, Denver is the most Subaru-dense of the brand’s top American markets.

“Most Subarus are at least five-door hatchbacks if not full SUVs,” said Bill Carrera, sales manager at Shortline Subaru in Aurora. “That’s the reason why everyone in Colorado, or at least people who are interested in outdoors, can go almost anywhere. You can go through snow and mud no problem. You can carry whatever you want, and some people even sleep in the cars.”

With 109,300 registered Subarus, Denver is fourth to New York, Seattle and Boston when it comes to the number of such cars on the road, according to Subaru of America, followed by Philadelphia, Portland, Washington, D.C., Chicago and Pittsburgh. 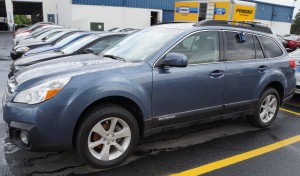 The Outback is among the most popular models.

But Denver’s population is the smallest of those metro areas, making its Subaru density – 40 per 1,000 people – the greatest of all of them. Portland and Seattle trail closely with about 38 and 36 Subarus per 1,000 residents, respectively.

The Subaru density for Boulder is 77 per 1,000 residents, but Denver is tops for major markets.

Subaru of America is a subsidiary of the Japanese car company that handles sales and marketing in the U.S. Its survey of the Denver metro area includes Denver, Aurora and Lakewood.

Shortline is the third-largest largest Subaru dealership in the U.S., and Heuberger Motors in Colorado Springs is the biggest, Subaru said. Shortline has sold about 1,300 Subarus so far this year, and Carrera said he expects that number to top 3,000 by the end of December.

Carrera has worked at Shortline since 1998. He said interest in Subarus picked up about six years ago. Since then, annual sales have increased by 15 to 20 percent each year, he said.

“We used to have just older people looking for reliable cars in a low price range, but now we have all kinds of customers,” he said.

Carrera said the Outback and Forester models sell best at Shortline. In Colorado, those models are the second and third most popular of all cars sold, according to Subaru of America. The Ford F-150 is both the state’s and the nation’s best seller.

Nationwide, Subaru sales have been increasing for years. The company sold 513,700 cars in the United States last year, a record number that marked its seventh consecutive year of expansion.

Carrera attributes the cars’ popularity to safety and utility features, as well as a growing interest in SUVs and smaller crossover utility vehicles.

“It’s a lot of small things together,” he said. “You get a car that is not a big truck and not high from the ground. Therefore, it’s safe and easy to drive and it’s good for the snow and good for outdoors.”

The car maker reports that Denver is the country's most Subaru-saturated area. And with sales increasing locally and across the country, the numbers aren't likely to hit the brakes anytime soon.