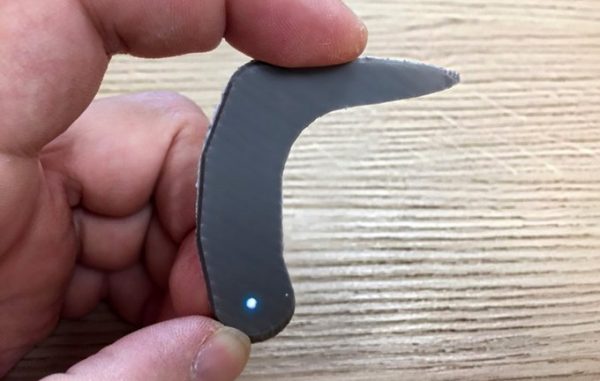 The device vibrates or makes subtle noises when it detects grinding or clenching. (Brock Predovich)

An entrepreneur from Colorado is gnashing his teeth to invent a device that combats a common stress disorder.

Brock Predovich has launched a Kickstarter crowdfunding campaign to make BruxRelief, a wearable product that helps people with bruxism, a condition of unconscious jaw-clenching or teeth grinding.

BruxRelief’s campaign, which has reached 70 percent of its $10,000 goal, aims to make small devices that stick behind an ear, vibrating or making subtle noises when it detects grinding or clenching. Predovich also has made a free mobile app for wearers to track progress.

“I chose Denver as the launching place because most of my connections and friends live here,” he said. “They need to see there is market validation: people have taken out their wallets and purchased this thing.”

Predovich moved to Colorado when he was 11 and attended the United States Air Force Academy, where he earned a degree in behavioral science.

Last year he moved to Bali. Then he crashed his motorcycle and broke a few bones in his face, faced a bout of Dengue fever and had back surgery after a gym injury.

“I got to a point where I was afraid to go to sleep. I was afraid to wake up,” Predovich said. “I started clenching and grinding my teeth and waking up with a sore jaw. I knew it was bruxism.” 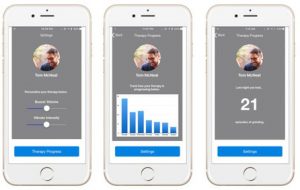 Predovich, 36, decided to working on solving his own condition, so he built his first prototype on a hotel bathroom floor in Singapore.

“It detects when you fire specific muscles when you clench or grind your teeth,” Predovich said. “It will signal you to stop this behavior.”

BruxRelief users can wear it at night or during the day. For people with nighttime bruxism, similar to being nudged while snoring, the device does not fully wake someone up, Predovich said.

If BruxRelief reaches the $10,000 campaign goal at the end of July, it will design and produce 1,000 units in Poland to fulfill Kickstarter orders. In six to eight months, Predovich plans to manufacture 10,000 units in China before selling them on Amazon.

He said the devices will cost between $50 and $100, depending on production costs.

BruxRelief has a chief technology officer working in Bali and four others in Moldova, including one dentist. Predovich was also recently a part of an accelerator program in Moldova that helped him launch the firm, and he is searching for another in both Colorado and Europe.

The device vibrates or makes subtle noises when it detects grinding or clenching. (Brock Predovich)

The Kickstarter campaign, which has reached 70 percent of its $10,000 goal, aims to make small devices that stick behind an ear, making subtle noises when it detects grinding or clenching.