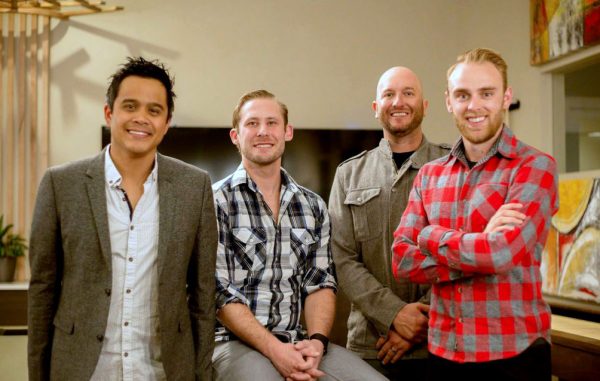 After four months in business, a Denver financial tech company has swiped its first big investment.

Swipebox, which provides payment processing to predominately higher-risk businesses, pocketed its first $100,000 from a private investor located in Minnesota.

“I started this company with four of my laptops (from college),” founder Kellen Tallada said.

For a time, Swipebox was run out of Tallada’s Cherry Creek apartment complex.

“When we finally got kicked out (of the apartment building’s business center), we were making some money finally … (now) I’ve got a phone system finally. I’ve got people using headsets.”

Tallada said part of the funding will go toward growing the sales team.

Swipebox employs seven people, and Tallada plans to hire three in coming months. Its headquarters is at Thrive in Cherry Creek, but the sales team moved into Creative Density Coworking in Capitol Hill two months ago.

Founded in February, Swipebox is a payment gateway – connecting a business’s bank to a consumer’s bank. For companies setting up accounts with multiple banks, Swipebox provides the consolidating software for merchants to use just one gateway.

This is especially useful for high-risk merchants, such as debt collection or vape stores. As such, banks often limit the amount that can be processed in each account, requiring the business to manage different payment gateways, Tallada said.

The company has nearly 100 merchants using its gateway technology for $20 per month and 10 cents per transaction. Tallada said 90 percent of his customers use online or phone payments, and most are in debt collection, vape stores, online hemp shops and golf.

Swipebox also shops around for merchants to find banks with the lowest rates for payment processing.

Tallada mentioned other payment gateways such as Stripe, Authorize.net and Braintree as competitors, but said Swipebox is unique in the type of customers it attracts.

“They really focus on standard retail businesses that are not high-risk,” Tallada said. “We are the preferred high-risk payment gateway.”

Swipebox, which provides payment processing to predominately higher-risk businesses, has pocketed its first $100,000 as it expands its sales team.