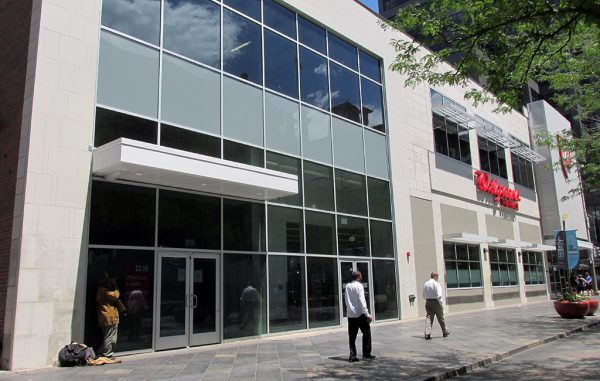 A gym chain with nine metro-area outposts orbiting downtown has landed a location on the 16th Street Mall.

Planet Fitness, a New Hampshire-based fitness franchise, has leased 19,200 square feet at 815 16th St. on the second level of the Walgreen’s building.

Jon Tilton with Newmark Knight Frank represented the landlord in the 10-year lease, which he said was finalized in early June. Sean Kulzer represented Planet Fitness. Tilton said the building is owned by a small group of Colorado families listed as 801 Ventures LLC.

“There are a lot of people that use Planet Fitness that live in the suburbs that work downtown,” Kulzer said. “There is no discount gym in downtown … this space just aligned all the stars for us.”

Kulzer said this is franchisee Rich Jost’s fourth location in the metro area. BusinessDen previously reported on the Jost family’s Lamar Station Plaza and its plans to open other locations.

Planet Fitness monthly memberships cost $10 to $20. Founded in 1992, the company has more than 1,300 locations and 8.9 million members, according to its website. The 24-hour fitness franchise has 16 locations in Colorado.

The last time the building at 815 16th St. was occupied was in 2012 by Dressbarn, which used a portion of the first and second floor, Tilton said. Before that, a bank occupied the second floor, but left in the 1980s.

Tilton said the 16th Street Planet Fitness owners plan to open by the end of 2017 or beginning of 2018.

“They are hopeful to do it before the New Years rush,” he said.

The New Hampshire-based fitness franchise has leased 19,200 square feet at 815 16th St., on the second level of the Walgreen's building.