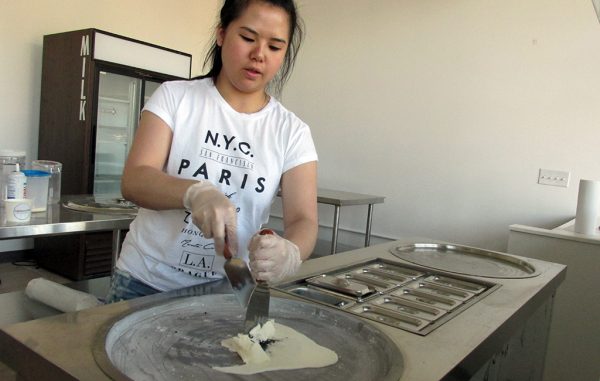 Mary Nguyen is supplementing her classwork at Metro State with a crash course in Entrepreneurship 101.

The 22-year-old is readying her first ice cream shop, MilkRoll Creamery, to open on Colfax Avenue next month. She named the company after its menu of rolled ice cream, which is made by pouring a liquid base with chopped toppings onto a cold plate, waiting for it to harden and then scraping it off into rolls.

Nguyen is the sole owner and operator of the soon-to-open creamery.

“Since we are the first storefront in Colorado, people are going to try it out,” she said. “If they love it, they will be back.”

Nguyen has signed a lease on a 2,000-square-foot space at 3500 E. Colfax Ave., just south of City Park, and plans to open in early July. She said the store cost about $80,000 to open, with funding from private investors, mostly family members.

The Denver native studies healthcare management at Metropolitan State University of Denver. She first saw photos of rolled ice cream, which originated as Thai street food but has become trendy on the East Coast, two years ago on social media. 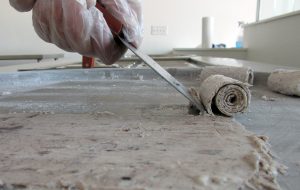 Nguyen already was running a made-to-order macaron business, Sweet Macarons by Mary, from her home. Last fall, she decided on rolled ice cream for her first brick-and-mortar food venture, choosing the Colfax location because it is within walking distance of nearby neighborhoods.

MilkRoll will serve four regular ice cream varieties. To make a custom roll, customers also can mix four liquid bases – including matcha green tea and vegan coconut flavors – and choose from 20 toppings. Servings will cost about $6, plus extra for add-ons.

Nguyen’s shop will be at least the second rolled ice cream vendor in Denver, following a traveling ice cream stand called Chaos and Cream. Compared to traditional scoops of ice cream, she said, guests will get to see more than scooping.

“It’s more of an experience,” Nguyen said. “You’ll actually see us working on it.”

Nguyen will be the shop’s full-time manager this summer, but hopes to hire a manager to take over when she goes back to school this fall. She is on track to graduate in the spring.

“I don’t have much experience in the food industry,” she said. “It’s kind of learn as you go.”

A Metro State student has signed a lease on 2,000 square feet just south of City Park, with plans to open a creamery in July.