The company last week acquired two firms and is negotiating to purchase a third.

“If we didn’t acquire them and use their technology we would become irrelevant to our clients really quickly,” he said.

The competition in the marijuana market, particularly in Colorado, has started to drive prices down, Roper said, adding that businesses providing high-quality products at low prices will win out. 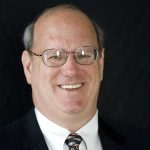 The deal closed June 7, according to SEC filings. Medicine Man purchased the two firms for seven million shares, which on June 15 traded for $1.53 per share.

Medicine Man did not bring Haupt on to the executive team just for his growing expertise. Roper said he has the potential to eventually run the company.

“He has a desire to see the industry come out of the dark and into the light of day,” Roper said.

In addition to acquiring Pono and Success Nutrients, Medicine Man is finalizing a deal to take over another cannabis firm, Denver Consulting Group. Roper said he hopes that deal will be finalized in July.

Greg Gamet, a founding partner at Denver Consulting Group, already has announced the acquisition on the firm’s website. Medicine Man will keep the five staff members currently working at Denver Consulting Group, and will retain its client base, Roper said. The company will move its offices to the Medicine Man Technologies location at 4880 Havanna St. once the deal is finalized.

Andy Williams, original founder of the Medicine Man dispensary, started a medical shop after his brother began growing in 2010. They opened the consulting portion of the business, Medicine Man Technologies, with Roper later in 2014. Andy was the CEO and Roper was the COO.

Williams is stepping down from his role as CEO and will now be chairman of the board of directors at Medicine Man Technologies. Roper is taking over as CEO.

Two Denver companies headed by Josh Haupt will fall under the consulting firm's umbrella, as it pushes to retain a technological leg up in the marijuana market.