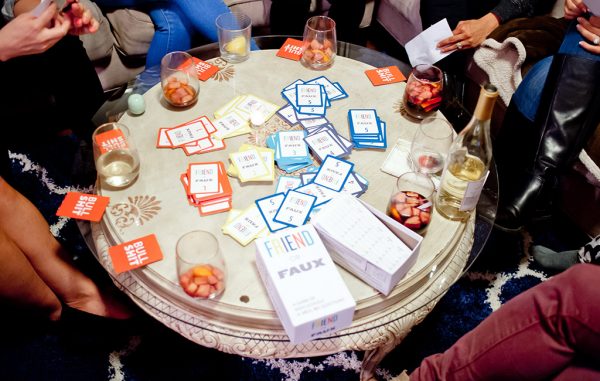 The company will send out 700 card games to backers this summer. (Friend or Faux)

Cards Against Humanity has a friendly rival on deck.

Four childhood friends from Colorado Springs have raised $26,750 on Kickstarter to launch Friend or Faux, a card game that tasks players to answer progressively raunchier questions, testing how well they know their buddies.

Its creators – University of Northern Colorado alums Chrissy Fagerholt, Jodi Sagastume, Colleen Stalwick and Melissa Derby – plan to use that money to ship their first 1,000 to 1,500 decks. Seven hundred games will go to Kickstarter backers and the rest will sell on the group’s website for $25.

The group first developed the game over drinks more than two years ago while visiting Derby, who has since moved to Dallas. Friend or Faux has 250 cards, starting with G-rated questions about things like movie and music taste, and building up to questions about players’ sex lives.

“Our game makes you laugh. It’s got a risqué nature to it,” Fagerholt said. “I’m almost 40, and our age group really enjoys it because they haven’t thought about some of this stuff in so long.”

Case in point – a question from the third round of the game: “If I had to spend a night with one of my exes, who would I choose?” Players get a point if they answer correctly and can call BS on answers they think are less than honest.

The four friends have formed a company, Easily Amused Productions, to market Friend or Faux. They printed the first version at Kinkos and developed several prototypes before pitching the game at a toy and game conference in Chicago in preparation for its Kickstarter debut.

Easily Amused is now pitching brick and mortar retailers. Another choice facing the startup is whether to license the game to companies like Hasbro (which produces games in exchange for a cut of profits) or self-publish it like Cards Against Humanity.

“This game is really hard to push in the sense that it’s not like a strategy, battle, sci-fi game, which has a real following,” Fagerholt said. “It’s more of a party game that’s based on humor and connection.”

For now, the women are all keeping their day jobs. But the friends are already dreaming up their second deck: a family-friendly version of Friend or Faux. 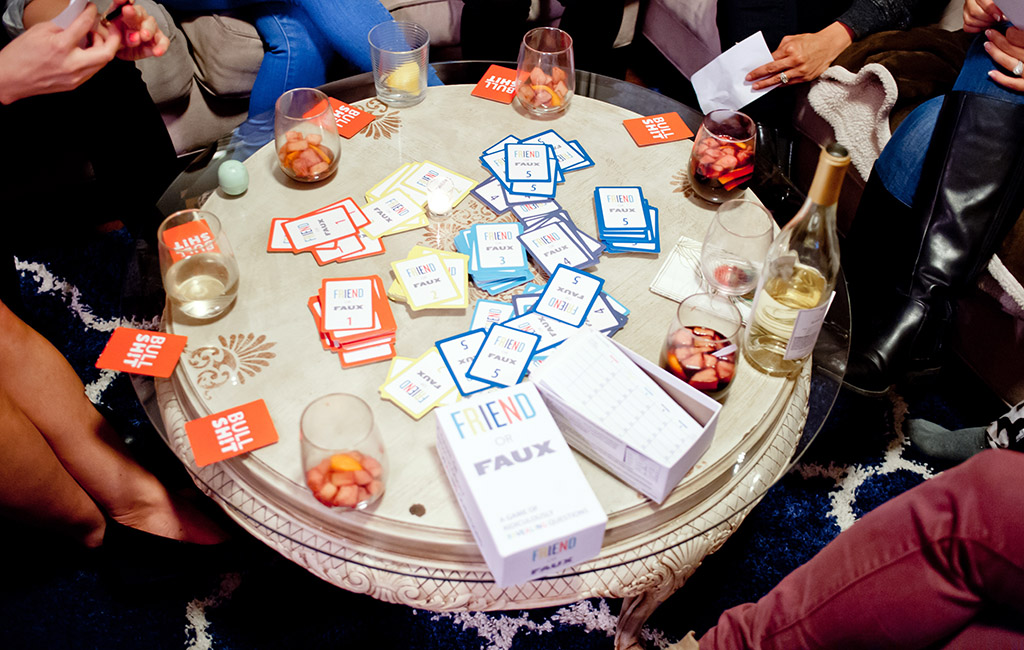 The company will send out 700 card games to backers this summer. (Friend or Faux)

University of Northern Colorado alums have raised $27,000 on Kickstarter to launch a card game that tasks players to answer progressively raunchier questions, testing how well they know their buddies.