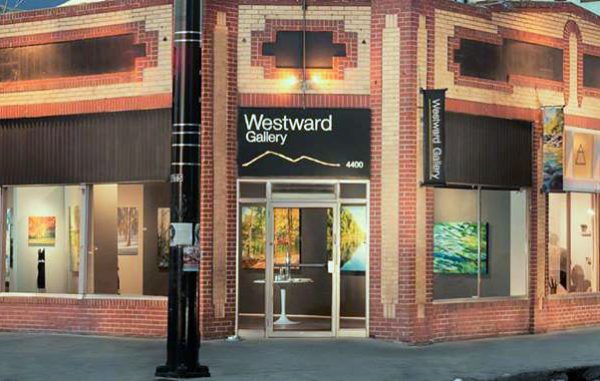 New workout instructions for the patrons of a Tennyson Street gym: Don’t sweat on the art.

Pearl Street Fitness has migrated three blocks north on Tennyson Street from its previous location, into an unlikely space for grunting patrons: Westward Gallery, which displays landscape paintings from 10 artists.

Pearl Street Fitness owner Scott St. John said his rent was doubling from $1,800 to $3,600 per month for its 1,100-square-foot space at 3977 Tennyson St. BusinessDen could not independently verify Pearl Street’s rent increase.

The fitness studio sent a message to other business owners on Tennyson, asking for help finding a new property.

“It was not the most optimal space for me with the layout,” said St. John, who also owns a Pearl Street Fitness on Pearl Street in West Wash Park. “I could find something better if I’m going to spend $3,600.”

Within minutes of sending the message, St. John received a response from Michelle Courier, owner and artist at Westward Art Gallery, saying she could host Pearl Street at her studio.

On Tuesday, St. John led his first high-intensity interval workouts at Westward’s 2,000-square-foot art gallery, where he had medicine balls, kettle bells and dumb bells amid the landscape paintings, which roll back on 10-by-10-foot divider walls. 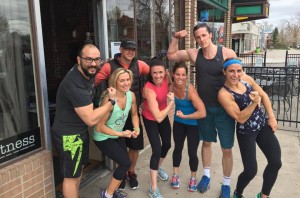 Courier is not charging Pearl Street for the first month, after which the two businesses will reevaluate the arrangement.

“The main goal for me was to have an art gallery, but also to have it be more, something where people could use the space,” Courier said. “The risky part was it’s artwork and it’s valuable, but I think our space is so big and open that when you move the walls back, it works.”

Courier opened her landscape-centric art gallery in 2016 at 4400 Tennyson St., after moving to Denver from Michigan. She said she’s sold at least 20 paintings for an average of $5,000.

Since January, Courier also has hosted three yoga instructors who teach classes on Tuesdays and Thursdays.

St. John had a third location near Cherry Creek that closed in 2016.

He said he’s only lost four class times because of the move, and he’s not concerned about the change in workout environment.

“It’s not about what we use, it’s how we use it,” St. John said. “I’m going to give you the exact same workout in an alley.”