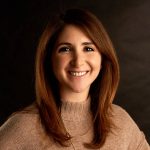 Legend Partners is bringing on Lara Silversmith to be a junior broker. Lara graduated from Washington University in St. Louis, then worked in New York City as a financial and merchandise analyst for retailers including Bloomingdale’s.

Mark Lodmill, a 20-year veteran of CBRE, has been promoted to director at the firm’s valuation and advisory services group. Lodmill spent a decade specializing in apartment properties, earning a place among CBRE’s top 10 percent of producers in the nation for the past two years. 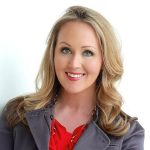 Transworld Business Advisors brought on three new hires. Jeff Jennings comes to the firm after stints as a broker at Kentwood Real Estate and as a new-home sales associate at Century Communities. He holds a master’s degree in international business from University College Dublin and takes the title business development manager at Transworld. Chris Harkins, the firm’s second hire, joins as a business broker after a year at Metro Brokers. He is a graduate of the University of California, Santa Barbara. Transworld’s third hire, Chris Warfel, also joins as a business broker.

Rounding out the week’s financial moves is Obermeyer Wood Investment Counsel. Charlton Rugg comes to the firm’s Denver office as chief compliance officer. A graduate of the University of Colorado law school, Rugg has worked for the Financial Industry Regulatory Authority, the U.S. Attorney’s Office and in private practice as an attorney. Jody Dible joins Obermeyer Wood’s Aspen office as client services assistant. Naomi Seldin, who will hold the same job in the firm’s Denver office, comes from a background editing newspapers and a financial news aggregation service on the east coast.

The Colorado Business Group on Health has named a new executive director, Bob Smith, who will succeed longtime leader Donna Marshall. Marshall announced her retirement in March after 20 years on the job. Smith joined CBGH in 2010. Prior to that, he was vice president of business development for the St. Joseph’s/Candler Health System in Georgia and president and CEO of Paramount Health Care in Ohio.

A triple play of hires by financial companies, a new director for a health-focused industry group, and more in this week's HR roundup.