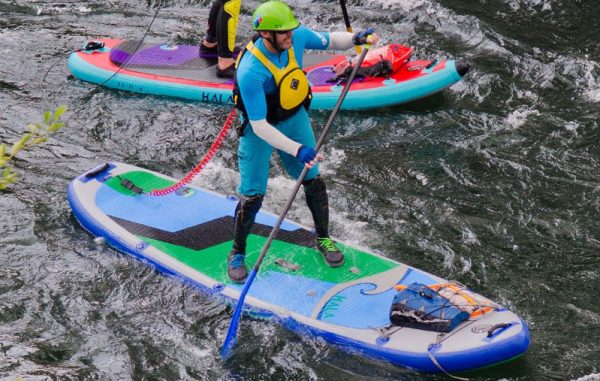 Hala Gear makes 18 paddleboards, some of which use inflatable carbon to allow surfing. (Hala Gear)

Peter Hall is riding the standup paddleboarding wave into a new Steamboat Springs storefront three times as big, where he can better display the 18 models his company manufactures.

Those bulky inflatable boards take up a lot of space.

“We have nowhere to show it. We wanted a place where we could let people see everything we have to offer,” Hall said.

Last week, Hala Gear also launched its new line of inflatable carbon paddleboards, a product Hall has worked on since 2014. Hall said the carbon material, manufactured in Canada, makes the paddleboards between 180 and 300 percent more rigid than current inflatable paddleboards, allowing for a thinner, low-volume board for ocean surfing and better ride.

“People already in Colorado and all over the world want to surf,” Hall said. “Now we have an answer to a paddleboard that surfs that none of our competitors can touch. Now we have an excuse to head toward the coast.”

Before Hala Gear, Hall worked at a radio station, as a ski instructor and as a high school teacher. He grew up in Denver but attended Hotchkiss School in Connecticut for high school and Middlebury College in Vermont before he moved to Steamboat. 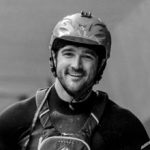 The 34-year-old said he realized no one was making paddleboards that could handle rougher waters. He began making his own whitewater boards and found customers eager to try the tougher inland product.

“It turned out people liked it and wanted it,” Hall said. “It came to the point where I was working all night on this project and all day at my job.”

Hall left his radio job in 2011. Now, the company has 18 boards ranging in price from the $1,000 Hala Milligram to the $1,700 Hala Daze. Hala also sells river surfing boards and yoga-specific paddleboards.

Hala sold about 4,000 boards last year and is seeking outside investment to keep up with demand. Hall said about 10 bigger players — including Northwest River Supply and Starboard — rule revenue in the paddleboard market, but Hala is at the forefront of the smaller manufacturers. Hala Gear boards are mostly manufactured and assembled in China.

Hala Gear makes 18 paddleboards, some of which use inflatable carbon to allow surfing. (Hala Gear)