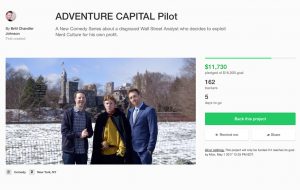 Littleton native Jake D. Williamson was walking through New York City in 2015 when he stumbled upon an unusual sight: real people playing the fictional game, Quidditch.

After watching the game popularized by the Harry Potter book series, Williamson came away with an idea. What if he made a television show based on the players’ passion for living out their inner nerd?

“I was really thinking about web series and how a lot of my actor friends in New York are creating their own content,” Williamson said. “I’d always written, but I’d never seriously considered creating my own content until I saw that.”

Two years later, Williamson, 32, has conceptualized his plan into a series he’s calling “Adventure Capital.” He and his writing partner, 30-year-old Britt Chandler Johnson, now need some capital of their own to make it.

The two graduated from Littleton’s Dakota Ridge High School, but met as actors in New York. Now, they are gathering Colorado talent and crowdfunding capital to bootstrap the pilot episode of their whimsical comedy.

“Adventure Capital” follows disgraced Wall Street executive Hale Hill in his quest to monetize the fictional game Squimig. Much of the show’s tension, as well as the team’s confidence in their premise, comes from the clash of corporate corruption with creative passion — a “cultural zeitgeist” Williamson believes is especially relevant today. 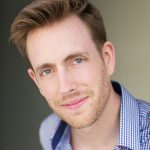 “We are presenting two world views on trial and not putting our thumb on the scale. Pragmatism and money, or passion and community,” Williamson said.

The pair took to crowdfunding site Kickstarter April 1, aiming for $16,000 in 30 days to produce the pilot episode. They still need $4,200 to hit the goal.

Colorado connections have kept popping up — both in Johnson and Williamson’s Kickstarter campaign and creative process. They cast fellow Littleton native Katie Weiland in a supporting role.

“The theater scene in Colorado is so inclusive, and if you are a part of that scene they really take care of you,” Williamson said.

Many of the Kickstarter campaign contributions also have come from Colorado.

“The money has by-and-large come from Facebook. It has kind of been an even thing from connections made in both Colorado and New York,” Williamson said. “Now, we are trying to get outside of our inner circle, and it is incredibly difficult.”

The “Adventure Capital” Kickstarter campaign closes May 1. Should the team meet their goal, pre-production will begin almost immediately and filming will stretch into the summer. 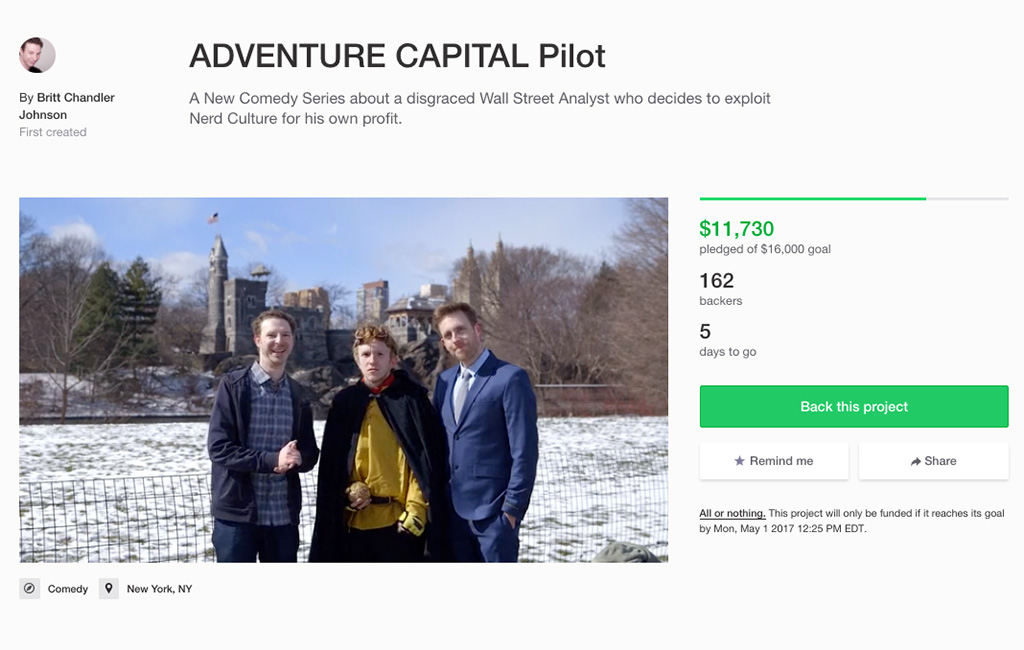 Much of the show, which has raised three-quarters of its crowdfunding goal, focuses on the clash of corporate corruption with creative passion.