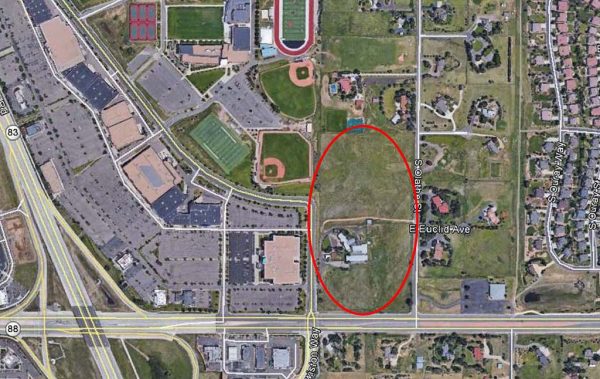 It’s a lesson straight out of the high school economics textbook: they’re not making any more land.

Regis Jesuit High School can use itself as a case study for its 1,700 students. The Catholic high school snapped up an 18-acre parcel extending the campus southeast to Arapahoe Road. The sale price was $6 million, county records show.

“We’re a 140-year-old institution and sometimes we think about what our needs might be in the next 50 years,” said David Card, the school’s president. “The availability of contiguous land is just something for us to consider.”

With the acquisition, recorded April 5, Regis Jesuit has more than 80 acres on the northwest corner of South Parker and East Arapahoe roads, just north of the Arapahoe Crossings shopping center.

Card said the school made the purchase using cash reserves. Regis Jesuit reported $26 million in revenue for the year ended June 30, 2016, according to its most recent annual report.  Its endowment as of June 2016 was $12.5 million, according to its website.

Card said the school will revise its master plan over the next two years to account for the additional acreage. One possibility is using the land for athletic fields to free up space closer to the campus center.

“Most of our attention is focused on the ability to use the new space for some of our athletic fields,” Card said, “and, therefore, if there are any new facilities that we envision down the road, they can be in the heart of campus.”

For now, the land includes a building occupied by an animal hospital.

Regis Jesuit was founded in 1877. It moved to Northwest Denver in 1888, where it shared a campus with Regis University at West 52nd Avenue and Lowell Boulevard until 1990, when it moved to Aurora. 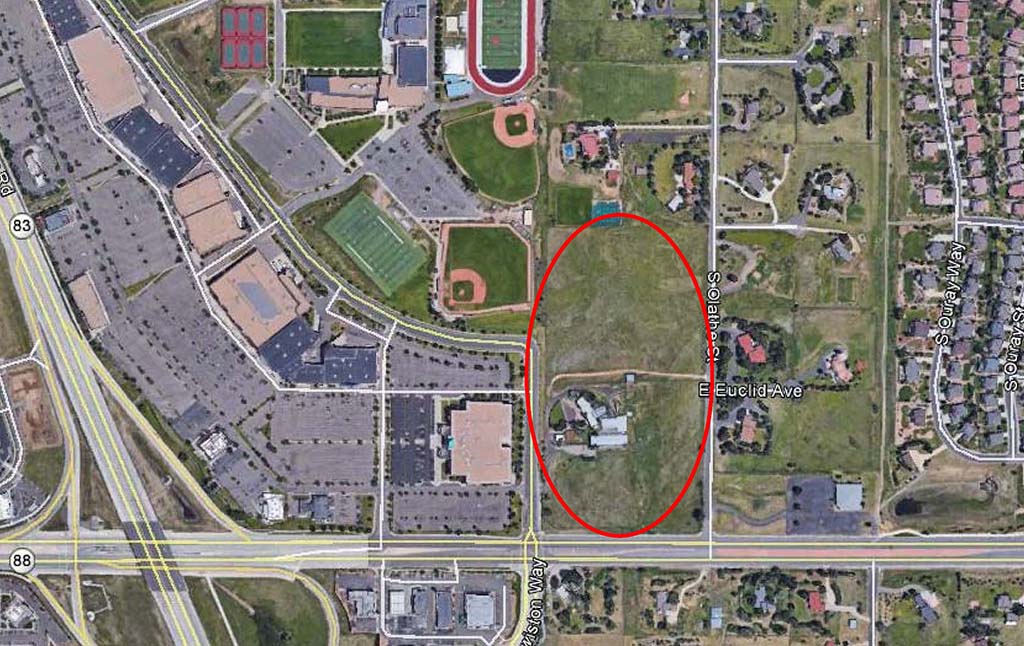 With the acquisition, the school has more than 80 acres on the northwest corner of South Parker and East Arapahoe roads.