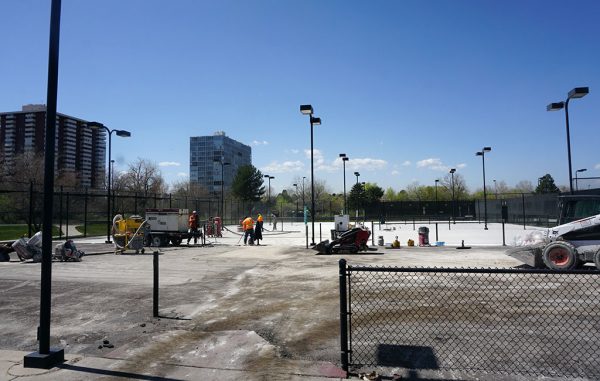 The premier public tennis courts in Denver are getting a little love.

“The surfaces were built in the mid-’90s,” said Hitman, adding that water trapped between the concrete and asphalt below the court caused cracking on the playing surface.

“This is not normal maintenance. This is to help solve the problem of water being trapped between two surfaces. It helps ensure the surface is crack free and premier for a longer period of time.”

The project, funded through Gates’ existing capital, is the first phase in tackling 12 courts with the water issue. The courts are getting a new surface of post-tension concrete, and acrylic finish on the top instead of asphalt. Sport Court of the Rockies is doing the construction, which will finish in two weeks, Hitman said.

More than 30 years ago, the Gates Tennis Center began as a donation from the Gates Family Foundation. The Center is owned by Denver Parks and Recreation, governed by The Park People and managed by Hitman Sports Management, which also manages Lakewood Park Tennis Center, Pueblo Tennis Center and Shellaberger Tennis Center in New Mexico.

The facility charges $6 per hour for a court during non-prime hours, and $8 per hour during primetime. Gates also offers private lessons from $55 to $90, as well as other packages for leagues, group lessons, junior programs and events. Hitman said Gates is hosting the tennis high school championships and the Colorado State Open this year.

“We probably have some of the nicest surfaces for tennis,” Hitman said. “We try to keep our surfaces 100 percent crack-free.” 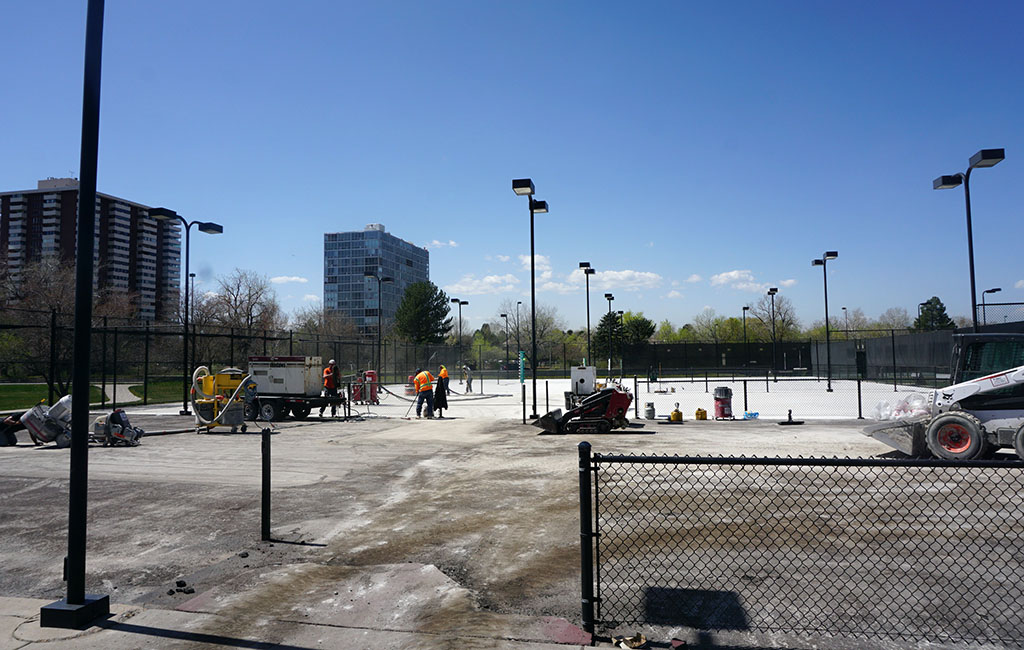 The premier public tennis courts in Denver are getting a little love, to the tune of $150,000.