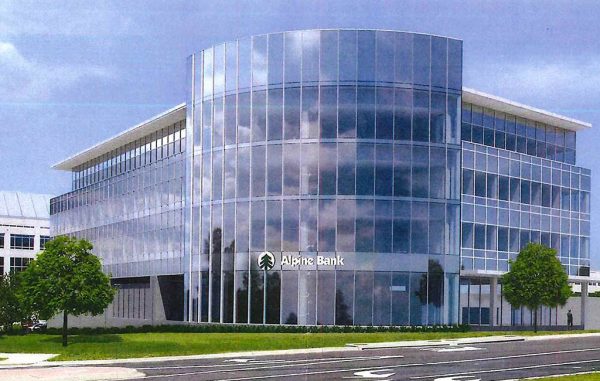 A rendering of Alpine Bank’s planned branch on the ground floor of the One DTC West building. (Courtesy Alpine Bank)

After crossing into the Front Range three years ago, Alpine Bank is planting a flag in the Denver Tech Center.

The Glenwood Springs-based bank has signed a lease on the ground floor of a new development underway at Belleview Avenue and Niagara Street. The company added its first branch outside of the Western Slope in Union Station in 2014, then followed with a branch in Cherry Creek the next year.

“We’re in pretty much every market on the Western Slope and have a fairly substantial market share. If we want to grow, we have to look at some new markets,” said Norm Franke, regional president at Alpine Bank. “We just felt like there’s enough development to the south of Denver that it’s an area we would really like to be a part of.”

The 45-year-old Colorado bank will have about 4,400 square feet at One DTC West, an office and retail project joint venture by Kentwood Real Estate CEO Peter Niederman and investor Frank Tutto.

The project broke ground a few weeks ago. Franke said he expects Alpine Bank’s branch will open in early fall of 2018.

According to FDIC data from Dec. 31, 2016, Alpine Bank has $3 billion in assets, making it the sixth-largest bank in Colorado and the largest bank based on the Western Slope by that measure. The bank has 38 branches total. 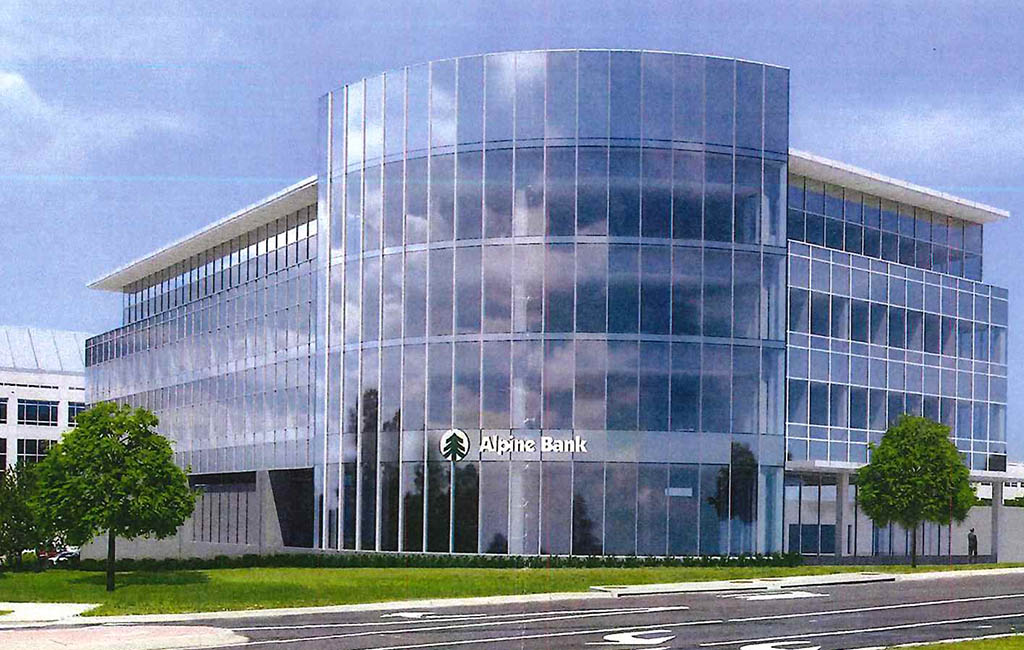 A rendering of Alpine Bank’s planned branch on the ground floor of the One DTC West building. (Courtesy Alpine Bank)

After crossing into the Front Range three years ago, a Glenwood Springs bank is planting a flag in the Denver Tech Center.