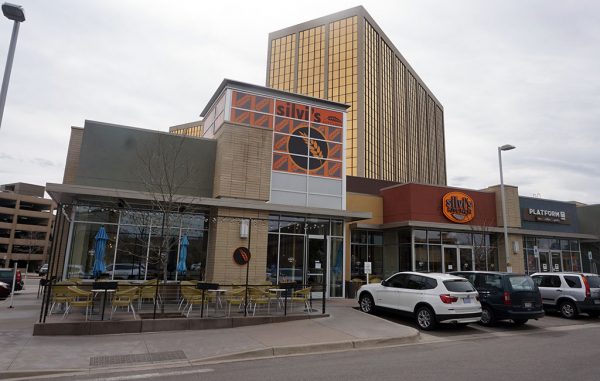 The Glendale location of Silvi’s Kitchen will close later this month. (Kate Tracy)

The family that started the Udi’s bread brand is shuttering a pair of sit-down restaurants to shift more dough into its bakery and café business.

Etai Baron, CEO of the U Baron Group, said he is closing both Silvi’s Kitchen locations in Olde Town Arvada and Glendale. Instead, the firm has leased two storefronts in Greenwood Village for another chain, Etai’s Bakery Café, and is set to double production space at its wholesale bakery in Louisville.

“It was a strategic decision to close,” Baron said. “We decided to focus on the expansion on our bakery and the growth of our quick casual concept.”

The Arvada restaurant’s last day in business was March 25. Silvi’s in Glendale will close when its lease runs out at the end of April, Baron said.

Udi Baron, Etai Baron’s father, started the family food business in 1994. Silvi’s was co-owned by Udi and his two children, Etai and Robin.

The Baron family started baking pizzas in Olde Town Arvada under the name Udi’s in 2009, then added a second shop in Glendale in 2013. When Boulder Brands purchased Udi’s gluten-free bakeries and granola products for $125 million in 2014, the company renamed the Arvada and Glendale restaurants Silvi’s in honor of Udi’s mother.

Etai Baron said the restaurant and bar was best known for its wood-fired pizzas. Its menu also included sandwiches and salads.

But for the past few years, Silvi’s has been producing a smaller slice of revenue. Annual sales in Arvada used to be about $3 million, Baron said, but dipped to $2.3 million in 2016. He thinks construction and parking constraints in downtown Arvada have contributed. 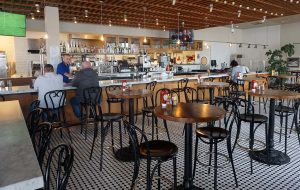 “The neighborhood has changed so much,” Baron said. “We are not going to wait because we have too many other things we want to focus on.”

Baron said the two restaurant closures affect roughly 50 employees, who were either laid off or moved to new positions at the Baron family’s remaining food brands, which include Etai’s Bakery Café, bread wholesaler Izzio Artisan Bakery and a catering division.

Etai’s has seven locations in the metro area, including one at DIA. Unlike at Silvi’s, Etai’s customers walk in and order at a counter.

Baron said the sandwich, salad and soup concept has signed leases at two properties in Greenwood Village, one at 6400 S. Fiddlers Green Circle and at 6175 S. Willow Drive.

“We believed we had the right clientele (at those locations), which was mostly a lot of daytime and lunchtime crowds,” Baron said. “We wanted something that would cater to them mostly.”

Etai’s will open in Greenwood Village in late May and September, Baron said.

The bakery plans to double its production space to 60,000 square feet in Louisville. It signed a lease next to its facility at 185 S. 104th St. that it plans to occupy in September, Baron said. 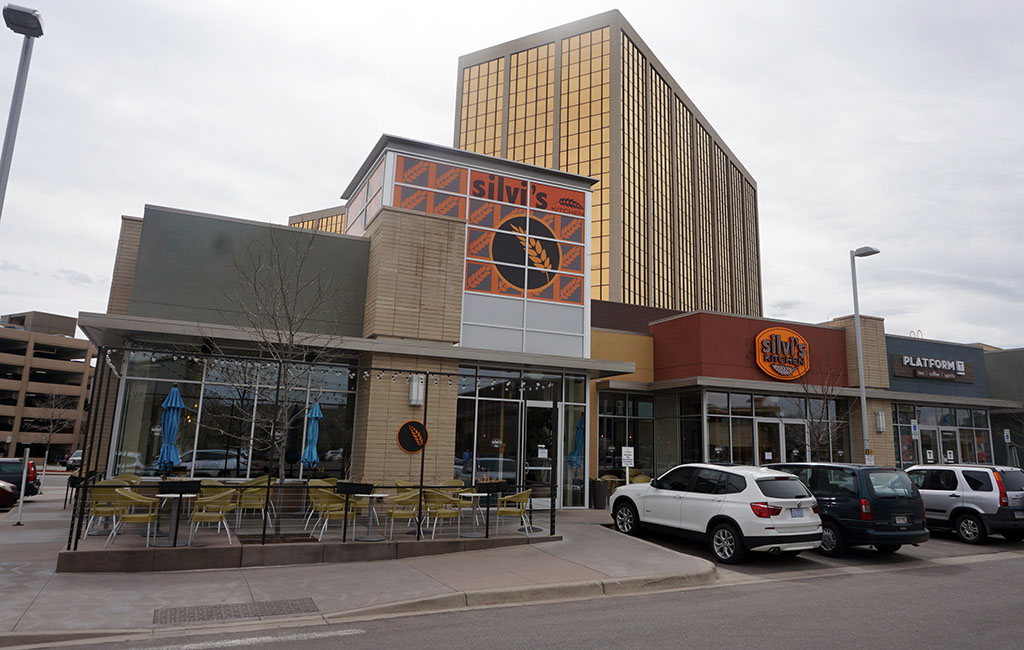 The Glendale location of Silvi’s Kitchen will close later this month. (Kate Tracy)

The family that started the Udi's bread brand is shuttering a pair of sit-down restaurants to shift more dough into its bakery and café business.