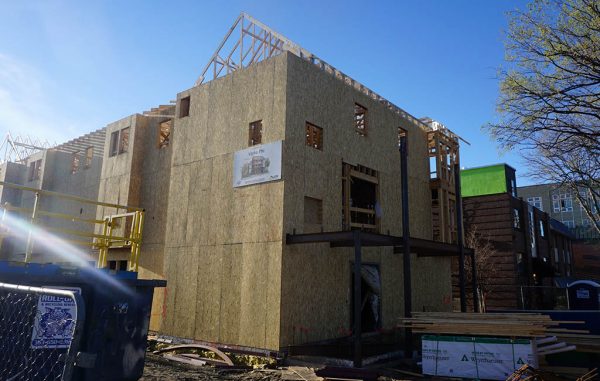 The 120 Alpha Phi sorority sisters at the University of Denver will soon have a house of their own.

Lisa Olson, who serves on the board of the national Alpha Phi organization, said the students were most excited about the proximity to Starbucks a few blocks away. The project – at 1985 S. Josephine St. – broke ground in September.

The Alpha Phi chapter, which started at DU in 2010, will finish construction on a four-level, 15,000-square-foot house in August, just in time for students to move in before classes start after Labor Day.

“We’ve been living in university houses,” Olson said. “It was something we wanted to provide our members … They’re really excited about the location just because it’s near the Starbucks and bagel shop,” as well as DU’s workout facilities.

About 40 of the 120 members will live at Alpha Phi’s new house on the east side of DU’s campus. The top two levels will have student rooms, which sleep two to a room. The house will also have a designated ski closet.

Missouri-based architects Cunningham and Associates designed the house, Olson said, and Golden Triangle Construction is building it. The construction was financed through a loan and through Alpha Phi International, Olson said.

Dirk Samuelson, a project manager with Golden Triangle, said the construction budget was between $2 million and $4 million.

The Alpha Phi students also will share a smart car parked in the sorority’s parking lot. Olson said the sorority decided to provide that amenity to ease neighborhood concern over parking.

“We’re trying to be good neighbors,” Olson said. “The flip side of it was it got a really positive reaction from the students.”

Alpha Phi was founded in 1872 and has chapters at 170 colleges, according to its website. Olson said the cost to live at the new Alpha Phi house will be comparable to what students pay in the dorms. 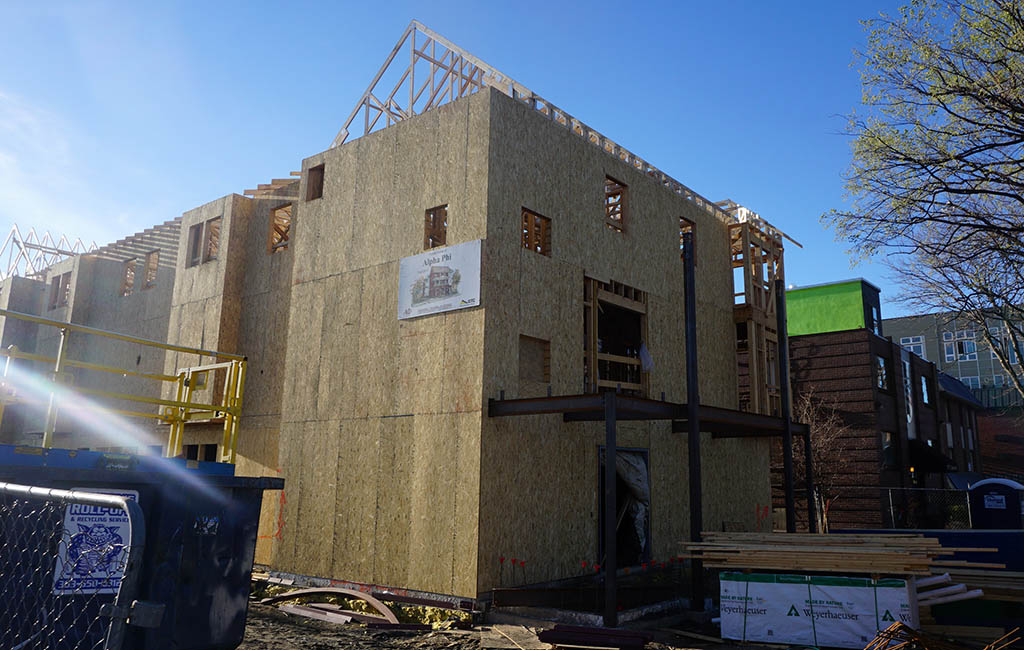 "It was something we wanted to provide our members," board member Lisa Olsen said. "They're really excited about the location just because it's near the Starbucks and bagel shop."