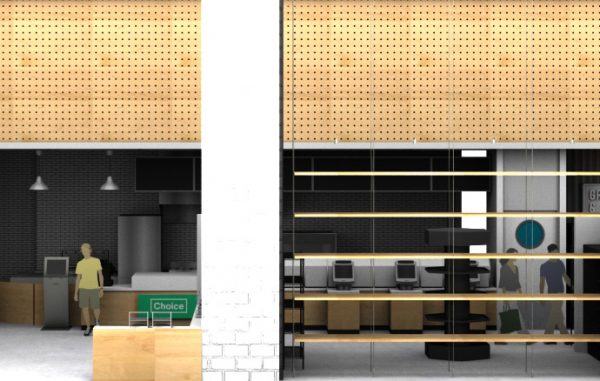 Mike Fogarty thinks Denver has a gaping hole for the type of 24-hour convenience stores that blanket his hometown of Philadelphia.

So he’s trying on the entrepreneur’s hat to open a new convenience store brand called Choice, borrowing ideas from the Wawa and Sheetz brands common on the East Coast. Fogarty signed a lease for his first location on the ground floor of SkyHouse Denver apartments at the edge of downtown. 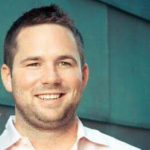 Choice is looking to differentiate itself from the 7-Elevens of the world by keeping its menu local and fresh – think Rosenberg’s bagels and Corvus Coffee for breakfast, or house-made sandwiches and salads for lunch. It’ll also stock basic toiletries and groceries.

“Food really is the future of convenience stores,” said Fogarty, who plans to continue working at WhiteWave and has hired a general manager, Kevin Ward, to run the business day to day. “We think it’s a category that’s ripe for innovation.”

Fogarty grew up in the Philadelphia suburbs, where convenience store chains like Wawa and Sheetz have become staples of city street corners and gas stations.

After studying supply chains as part of his undergraduate degree at Penn State, Fogarty took management positions at Denver-based companies like Newmont Mining and Charter Communications. Three years ago, he moved to WhiteWave and started sketching business plans for a convenience store brand of his own.

Funding startup costs with an SBA loan, an unnamed equity investor and savings, Fogarty reckons that by the time the first Choice store opens, startup costs will total $1.3 million.

Some of that money will go into building the first shop, which is being designed by Kenney Architects and Paragon Solutions. Williams Construction Corp. is the project’s general contractor.

Fogarty also is investing in systems he thinks will help Choice to scale like Wawa and Sheetz, like in-store kiosks and online ordering for customers, and a mobile app for employees to swap work shifts and tasks.

Construction on the first store is set to begin in coming weeks. Fogarty said one continuing challenge is keeping prices palatable without sacrificing taste.

“The last thing we want to do is price out most people in our target market,” he said.

A Denver entrepreneur is launching a new convenience store brand, inspired by the Wawa and Sheetz concepts common on the East Coast.