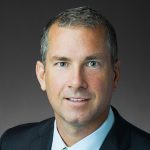 CBRE Group promoted Andrew Sandquist to executive vice president of the firm’s corporate capital markets department. Sandquist is a 15-year veteran of CBRE. He holds an MBA from Northwestern University and a bachelor’s degree from the University of Iowa.

Capstick has been with Baceline for five years and serves as the director of finance. Corral is the controller for Baceline. She joined the firm in 2006. Laurie joined Baceline as managing director in 2013. Michaeli has worked as director of transactions since 2013, Reevie, with Baceline since 2009, is director of investor relations. Ruby has served as General Counsel for the firm since 2013. 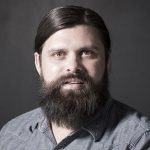 Bess Miller is taking over as general manager at The Curtis Hotel downtown. Previously, Miller was the general manager of The Westin Westminster. She is a graduate of the Metropolitan State University of Denver.

Justin Anderson joined Zeppelin Development as director of hospitality development. Anderson moves to Denver from Chicago, where he was director of operations at Revival Food Hall, a food court and bar operated by the hospitality group 16” On Center.

CBRE brought on expert Josh Feider as a project manager. He’ll be responsible for construction materials testing roofs and facades in the newly created position. Feider received his undergraduate degree from the University of Northern Colorado.

Steve Johann joined Hyder Construction as director of estimating. He comes from Shaw Construction, where he was a preconstruction manager. He holds an undergraduate degree from Iowa State University.

CenturyLink appointed Matt Rotter to region president of operations and finance in Arizona, Colorado and New Mexico. Rotter has worked in telecommunications for the past  26 years, most recently leading CenturyLink’s global infrastructure operations. He holds an MBA from the University of Denver.

Guy Gunther, formerly CenturyLink vice president of operations in Arizona, will move north to take the same title in Colorado. Gunther returns to the state, having done his undergraduate studies at the University of Colorado Boulder and worked for Qwest in Denver.

Dynamic Solutions International promoted Leonard Salvaggio to president. Salvaggio joined the data storage company as a sales manager in 2006. He has an undergraduate and a master’s degree from University Detroit Mercy.

Johnson Nathan Strohe promoted three employees: Jovina Amor, a 16-year employee of the firm, was named associate principal. She was the lead designer on The Ramble Hotel, now under construction in RiNo. Kay Hiroyo Galligan, project manager on the Magnolia Hotel Denver renovation, was promoted to associate. And Natalie Goodman, who currently works on multifamily and hospitality projects in Colorado and California, was named senior interior designer. 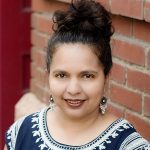 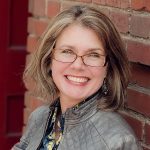 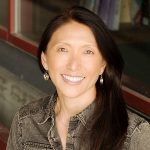 RNL promoted 21 employees, including two new principals. Merlin Maley, a transit and municipal architect, and Dominic Weilminster, a University of Colorado at Denver architecture grad who went on to design his alma mater’s School of Architecture, were named principals. Barbara Berastegui, who works on transit and civic projects, was promoted to associate principal.

Chip Melick joins OZ Architecture after more than two decades specializing in hospitality and ski resort design at his own firm, Melick Associates. Greg Lemon, who counts an architecture degree at the University of Colorado Boulder and an MBA from the University of Denver among his credentials, comes to OZ from LAI Design. And Robert Fitzgerald, previously and OZ architect, was named associate. 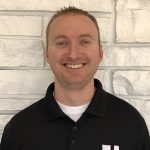 Mark Siebert joined the Robert E. Loup Jewish Community Center as its director of fitness and membership services. There he’ll oversee the JCC’s fitness and wellness center and will also head up efforts to add and retain members.