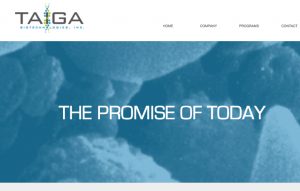 A startup at University of Colorado Anschutz is in the middle of a substantial capital raise.

Taiga Biotechnologies, which is developing new therapies for cancer, HIV and other diseases, has raised $6 million and is looking for an additional $14 million, according to a recent SEC filing.

The date of the first sale was March 16, and so far, the startup has 14 individual investors.

In 2012, the firm received a patent to produce significant amounts of adult blood stem cells using blood from umbilical cords or bone marrow. Blood samples could be stored and expanded to be used after chemotherapy or radiation treatment, instead of having multiple bone marrow transplants.

Last summer, Taiga developed a product to help children with severe immune deficiencies, forcing them to live in protected and sterile environments. The product, which garnered an Orphan Drug Designation from the Food and Drug Administration, was approved for clinical trial in Israel.

Taiga is led by co-founders Brian Turner and Yosef Refaeli.

Taiga is based at 12635 E. Montview Blvd. at the University of Colorado Anschutz Medical Campus.

Following a $12 million capital raise in 2015, a UC-based biotech company is looking for more backers to fund research.